My review of John Shirley's A Sorcerer of Atlantis

This review was published in the current issue of Phantasmagoria magazine. 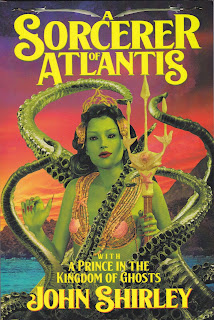 The bulk of this book (220 pages) is taken up with a three-part novel A Sorcerer of Atlantis, which tells the story of Brimm the Savant, his close friend Snoori, and Selinn of Ur, who is a swordswoman and princess and someone with whom not to argue. Brimm was originally a not particularly ardent student of Urgus the Enchanter, from whom he learned a few rudimentary spells before deciding to embark with his friend, a fellow Hyperborean, to fabled Atlantis, which is when things begin to go wrong. Instead of being taken onboard as passengers on a galley sailing south they find themselves unexpectedly shanghaied as slaves chained to the ship’s oars. It turns out that these two hapless adventurers have an unfortunate knack for leaping from the frying pan into an even worse plight, including as sacrifices to the half-human, half-octopoid demon-princess Cleito, who becomes their arch enemy, along with the hideous mermen followers of the god Poseidon. Moving at a rapid pace, Brimm and Snoori’s fortunes rise and wane as they toil across Atlantis and become unwittingly embroiled in monstrous plans to destroy the island.

Humour is mixed with high adventure and bloody skirmishes, with homages to both Howard and Lovecraft on the way.

I found the main protagonists engaging in their attempts to save Atlantis – and the evil mermen are a wonderfully horrific menace, given to eating their victims alive as they scream in agony!

The final part of this book, A Prince in the Kingdom of Ghosts (68 pages) is a completely different sort of fantasy. Set in the present day, Kerrin Kim is a Korean American who works as a diamond cutter, like his father before him. And like his father suddenly dies at a young age, awakening to find he is a prince in an outlandishly strange world inhabited by ghosts and other spirits. Here he learns that his late father is the king but was inexplicably cut down only a short time before by a mysterious poison that has left him in a coma. Bewildered to find that his father is still alive whole decades after he died on Earth, Kerrin is drawn into a bewildering conflict that has him completely confused over which side to support. It is a bizarre tale of ghostly intrigues, with real-life protagonists like Boadicea and Marcus Aurelius thrown in. It is definitely one of the strangest stories I have ever read, but amazingly well conceived by John Shirley who manages to tie all its oddities together in an impressive way.

I am not really sure why it was decided to publish these two particular tales in one volume, as the swords and sorcery story of Atlantis is certainly long enough to have been published as standalone novel. And A Prince in the Kingdom of Ghosts, though an excellent fantasy, is not a swords and sorcery story. Put together they are an odd meld of two sub-genres. Still, they are both worth reading and are definitely entertaining in their different ways, so if you don’t mind mixing your genres like this it’s no problem. 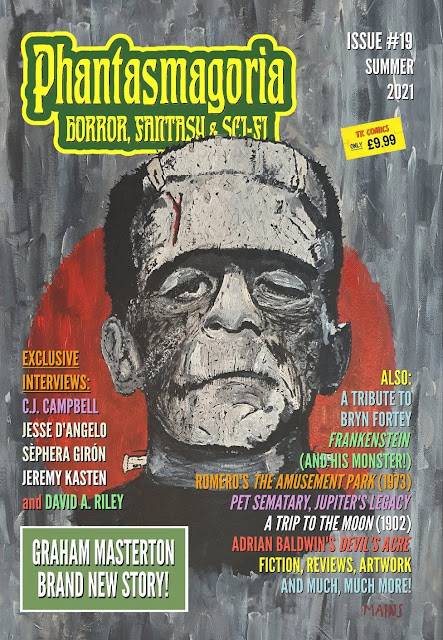