Let's see Laurence Llewelyn Bowen beat Cthulhu wallpaper. Who wouldn't love to have at least one wall covered in this?

The Following - Series One

Watched the final episode of the first series of The Following last night. Good performances throughout the series by both Kevin Bacon and James Purefoy and the rest of the cast. And the final episode contained some horrifying and unexpected deaths. It finished on a cliffhanger - and, thankfully, there is a second series. I enjoyed it, though the violence throughout is quite strong and the atmosphere is unremittingly dark, which may not suit everyone. Neither is there much humour in it - if any! The storyline is, I must admit, farfetched, but that doesn't bother me. At least it's consistent and once you accept the basic premise that a highly intelligent psychopath could instil a devout willingness in his followers to do what he demands without question (most of the time) and be willing to sacrifice themselves on his behalf, then the whole thing works. Unlike Dexter, both the main villain and his followers are thorough going psychopaths and kill without remorse or hesitation and, for the most part, without regret. Mind you, neither is Kevin Bacon, our main protagonist, without his darker side and he too can torture and kill without hesitation if he decides that this is what he should do. An interesting scenario.

After discussions with author Craig Herbertson we have decided to publish a paperback copy of his short story collection, The Heaven Maker and Other Gruesome Tales. This will be available both direct from Parallel Universe Publications as well as from Amazon and other outlets.

It is planned to publish this book in late August, in time for Fantasycon.


The book has a foreword by Janis Mackay and an introduction by Craig. The full list of contents is: 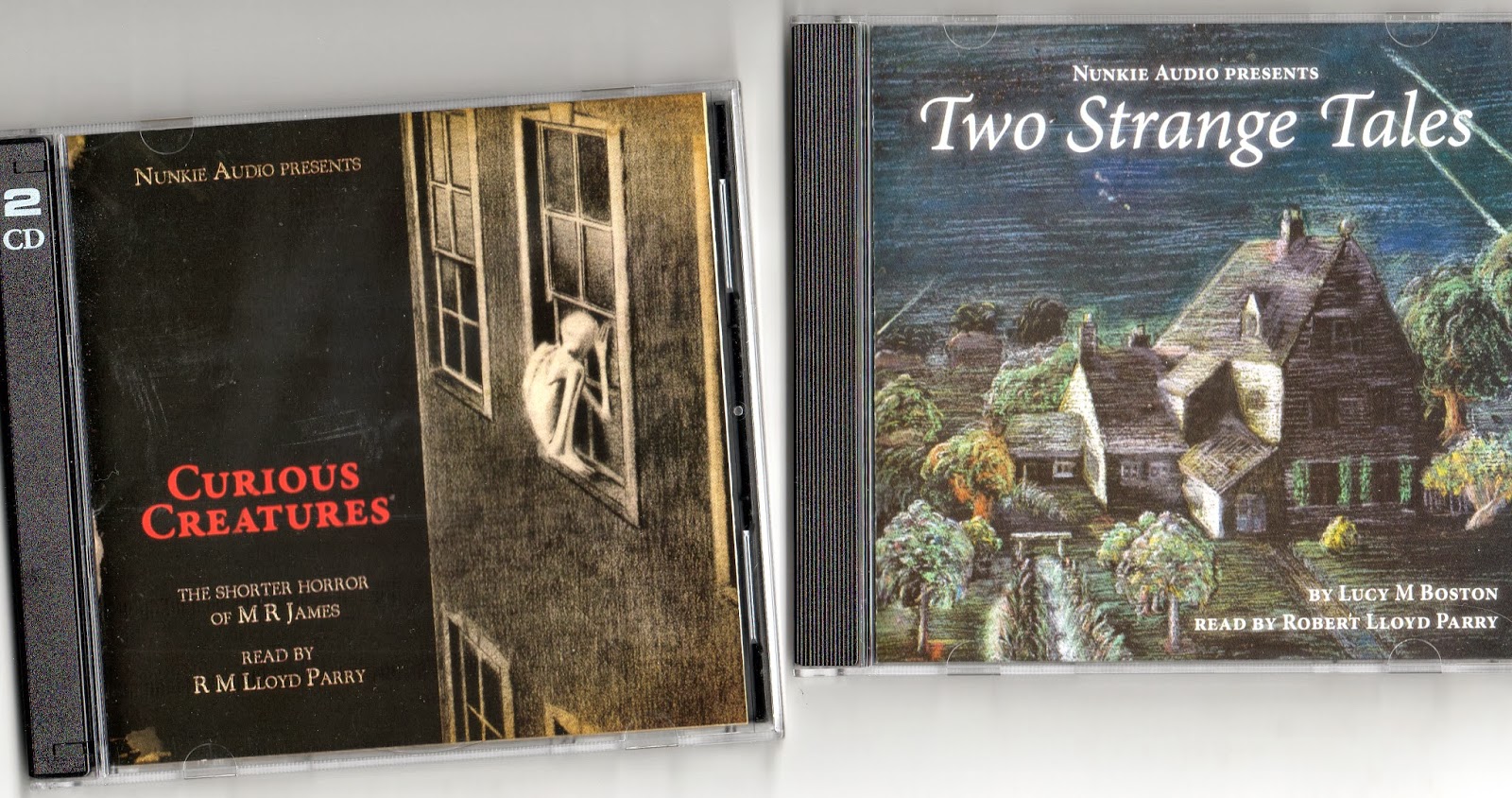 The Hobbit - The Desolation of Smaug

We went to watch The Hobbit: The Desolation of Smaug at the Vue cinema in Accrington yesterday - and thoroughly enjoyed it. A long film but, apart from some of the chase sequences perhaps going on just a little too long, far from boring. The special effects were superb and Smaug the most impressive dragon I have seen so far in any movie. I feel a bit sorry for the orcs, mind. Not only are they cursed by being ugly but are the worst fighters anywhere. For all their aggression they don't seem able, whatever their numbers, to kill even one dwarf, hobbit or elf in any of their fights, at least onscreen. If I were them I'd give up any hopes of martial victory and take up farming instead. Or wrestling. As warriors they're rubbish.
Posted by David A. Riley at 17:57 No comments:

Email ThisBlogThis!Share to TwitterShare to FacebookShare to Pinterest
Labels: films

Watched the very last episode of Deadwood today. Sheer quality right to the very end - though I wish it had not finished mid-season. So many ongoing storylines left unresolved. Mind you, (Spoiler Alert, maybe) Ian McShane had a great last line to finish on as he's busily scrubbing away at blood (yet again).

I'll miss all the characters created in this series - and the moral ambiguity that played such a major part in it and helped to make it so realistic.
Posted by David A. Riley at 14:20 No comments:

Email ThisBlogThis!Share to TwitterShare to FacebookShare to Pinterest
Labels: Television

Copies of The Return arrive via UPS 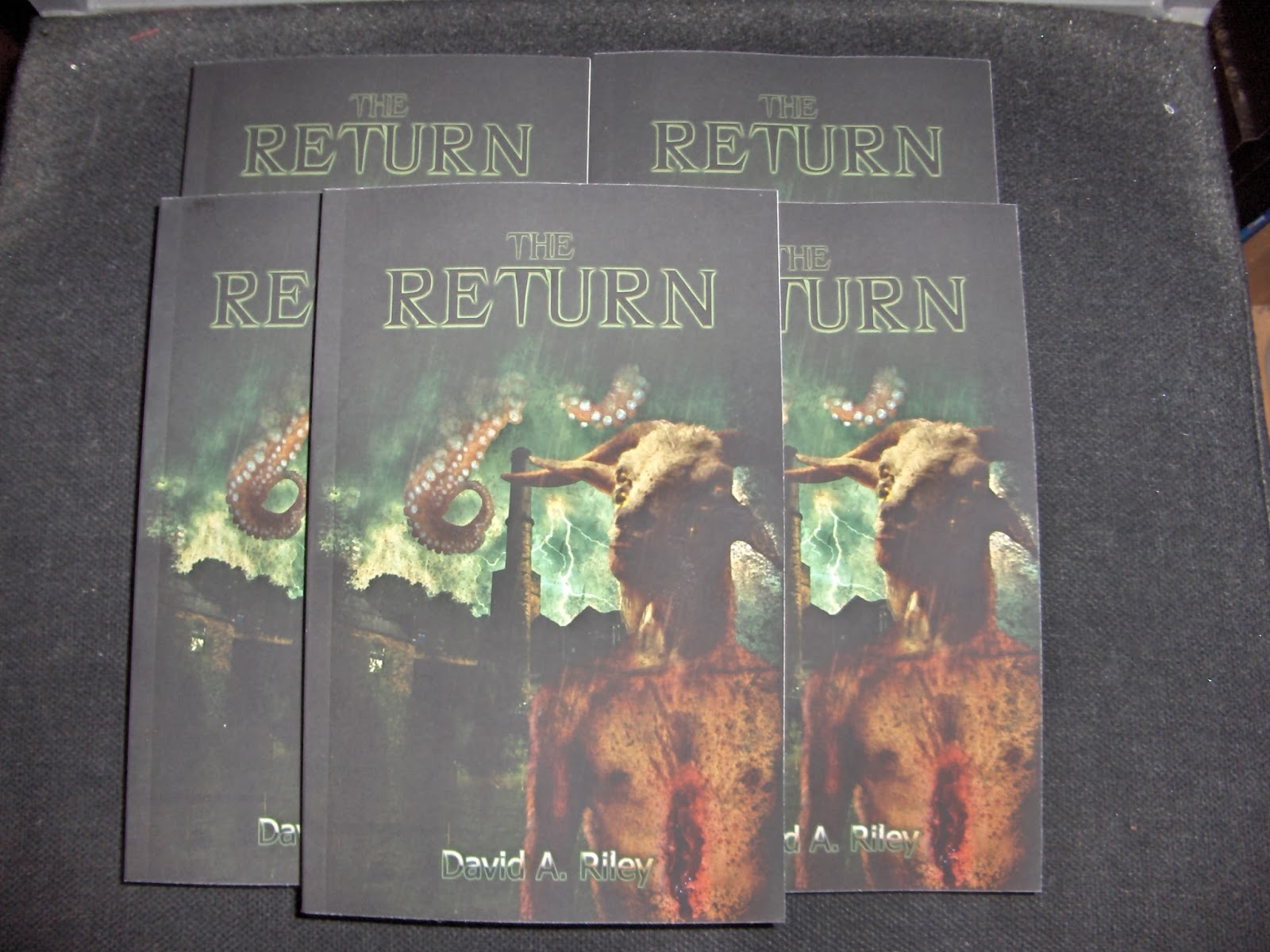 My author's copies of my novel The Return arrived via UPS today from my publisher Blood Bound Books. My first copies were lost en route so Marc Ciccarone kindly arranged for a second batch to be shipped to me.
Posted by David A. Riley at 09:01 No comments:

The Smell of Evil by Charles Birkin

Dennis Wheatley is quoted on the back cover as stating “More than a definite touch of the great master, Edgar Allan Poe.”  Well intentioned though that comparison may have been, it is totally misleading. Birkin’s style is as far from Poe’s as it could possibly be. You’ll rarely find anything approaching the Gothic horror’s of Poe within the dark tales of human evil in Birkin’s stories. Invariably set within the contemporary world the characters in these thirteen tales are firmly based on reality, whether they be self-deceived German gardeners working within the shadow of Second World War concentration camps or young tearaways escaping from a race riot in 1960s London, the horrors within these stories are of man’s (or woman’s) own making.

With an elegant writing style, Birkin shows his complete mastery of the conte cruel, leading the reader on to some of the most sadistic climaxes in literature. He rarely uses the supernatural, though when he does, as in “Little Boy Blue”, he is as proficient in this as in his more usual kind of story.

Born in 1907, Charles Birkin (later Sir Charles Birkin) had a long literary career, editing the Creeps series for Philip Allan in the 1930s, as well as an inaugural collection of his own stories, Devil’s Spawn (1936), before laying his writing to one side during the Second World War when he served in the Sherwood Foresters. Many of his most infamous stories stem from his experiences towards and just after the end of the war when he witnessed first hand what men were really capable of doing. It was not till the 1960s, though, that he began writing again with the encouragement of his friend, Wheatley. The Smell of Evil was the first of seven collections published during that decade, culminating in Spawn of Satan in 1970. After living in Cyprus for several years he died in the Isle of Man in 1985.

Long out of print, other than for several hard cover, now collectible volumes from Midnight House, it is wonderful  to see Valancourt Books at last bringing an easily affordable collection to a new reading public. It would be even more wonderful if over the next few years the rest of Birkin’s collections are brought back into print.

This volume is rounded out with an insightful introduction by John Llewellyn Probert.
Posted by David A. Riley at 13:46 No comments:

The Daily Telegraph has asked: Is Benedict Cumberbatch the greatest ever Holmes?

A stupid question really, which anyone who has watched more than a few intepretations of the character would be able to answer No straight away.

The only way I can enjoy Benedict Cumberbatch's Sherlock is by pretending that he is a completely different character to the Holmes created by Conan Doyle and that he just happens to share the same name - which I don't think is far from the truth.

The best Holmes interpretation relating to Doyle's original creation must, of course, be Jeremy Brett. I doubt if anyone will ever outdo him, certainly in my lifetime. I do admit that, as a quirky genius criminal investigator, Cumberbatch's Sherlock is outstanding - even if I personally feel that much of what we get in the stories is too self indulgent a lot of the time and far too daft at others. It's a comedy, on a par with Robert Downey Jnr's equally self indulgent, equally daft films.
Posted by David A. Riley at 09:53 No comments: