I'm already halfway through reading the next installment of David T. Wilbanks and Mark Justice's Dead Earth series, Sanctuary, published by Permuted Press. I should have finished it this weekend and will be the next book I intend to review, hopefully for Hellnotes. 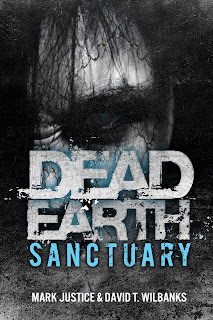 I have just had my first review posted on Hellnotes, a review of Stephen Volk's novella Whitstable.


I was uncertain how I would feel about a novella whose central character was Peter Cushing, especially one set during probably the darkest period of the actor’s life, immediately after the death of his wife, Helen, in 1971. It would take a writer of great sensitivity to create a story that could cover this period without veering dangerously towards the utterly tasteless or maudlin. Happily, Stephen Volk has proven with this book to have been more than up to the task, and has created not only a gripping story but a vivid vignette about one of Britain best loved actors, full of fascinating and credible details and insights.
For obvious reasons it is for the most part a book about sadness. It is no secret that Cushing was crushed by his wife’s death. Not only were they close as husband and wife but she was his spiritual partner too. He relied upon her tremendously. Once she had gone he felt directionless, his life all but pointless and, if not for his strong Christian faith and the certainty he would eventually rejoin his wife in the afterlife, may have been tempted towards suicide.
Weighed down with an overwhelming feeling of hopelessness, a chance encounter with an eleven year old boy gives him a sudden sense of purpose. Mistaking the actor for the real Van Helsing, whom the boy had seen at the cinema in Dracula, he pleads with him to help fight what he sees as a real vampire. Of course, Cushing realises that the man, the boy’s step-father-to-be, is not a vampire at all but something just as traumatic, a real life monster. Volk’s intermixing of this fictitious tale with the coming to terms of Cushing’s loss is brilliantly well written.
While there is no visceral violence there is a growing sense of menace. Worse, though feeling old and fragile, having lost three stones in weight during his wife’s illness, the actor seems barely able to cope with his own problems, never mind those of the boy, even though he feels obligated to help him in any way he can.
There are some fascinating details about Cushing’s relationship with Hammer and film-making in general. And the final confrontation with the abusive “step-father” in an empty cinema which is playing the only recently released The Vampire Lovers, some of whose scenes show a symbolic synchronicity with real life, is masterly.
Whitstable is obviously a labour of love, by a writer who feels genuine affection for its subject. It is also a book written by someone who knows his subject well, not only through research perhaps but because Stephen Volk has had direct experience in the creation of TV programs and films (Ghostwatch, Afterlife, The Awakening, to mention but three). The book works also as a tense thriller and has moments of intensity, particularly in Cushing’s face to face confrontations with the much stronger, younger and vicious abuser.
Posted by David A. Riley at 15:22 No comments:

The Mammoth Book of Zombies

This anthology, edited by Steve Jones, has been republished yet again, this time in the UK and the States. The American edition has been retitled Zombies! Tales of the Walking Dead, obviously intended to cash in on the popularity of the TV series.

There is also a kindle edition this time too.

Yet another airing for my novella Out of Corruption.

Email ThisBlogThis!Share to TwitterShare to FacebookShare to Pinterest
Labels: zombies

I am pleased to see that Hazardous Press has placed an ad on Hellnotes for six of its books, including my own His Own Mad Demons.

Email ThisBlogThis!Share to TwitterShare to FacebookShare to Pinterest
Labels: Hazardous Press, Hellnotes, His Own Mad Demons

I have just learned from Dave Sutton that my short story collection, The Lurkers in the Abyss & Other Tales of Terror will be launched between 3.00 p.m. and 4.00 p.m. on Friday the 1st November at the World Fantasy Convention in Brighton. Free glasses of wine for all!

The stories in the collection have all been  previously published in the following anthologies or magazines: