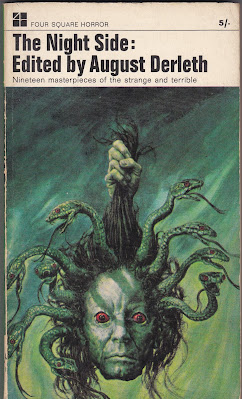 Ever since getting this August Derleth anthology in 1966 with its fabulous front cover I have wanted to write a story about a Gorgon's head, but have never thought up an appropriate plot in which to use it - not till I recently completed a tale I have titled An Oddity.

One ambition achieved, though it did take 56 years!

My review of Robert Aickman: An Attempted Biography by R. B. Russell to be on Big Hits Radio UK tomorrow 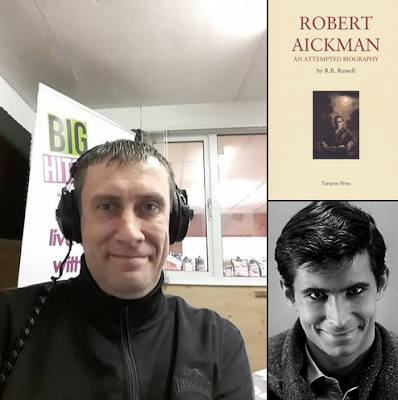 My review of Robert Aickman: An Attempted Biography by R. B. Russell will be read out by Trevor Kennedy on his weekly Sunday show on Big Hits Radio UK tomorrow between 12 noon and 2 p.m.

The review will also be published in the next issue of Phantasmagoria magazine.

Ossani the Healer is a rarity for me - a character who has appeared in more than one of my stories. He was previously in The Storyteller of Koss which will be published in Summer of Sci-Fi and Fantasy later this year. 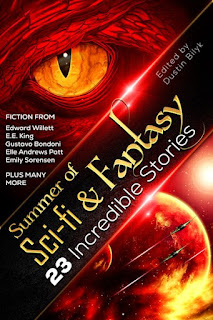 I have five short story collections in print, one published by Shadow Publishing, two  originally published by Hazardous Press, (which no longer exists) and now reprinted by Parallel Universe Publications, and two published by PUP straight away. All of the stories in these collections were first published in magazines or anthologies, sometimes several times over. 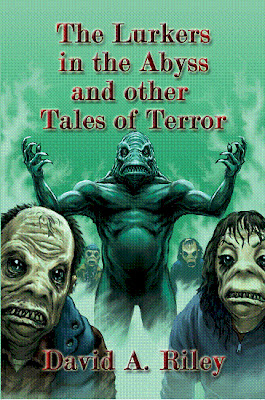 The Lurkers in the Abyss and other Tales of Terror is published by Shadow Publishing. Published in 2013. 277 pages with 17 stories.

His Own Mad Demons was originally published by Hazardous Press. It is now available through Parallel Universe Publications. First published in 2012. 175 pages with 5 stories. 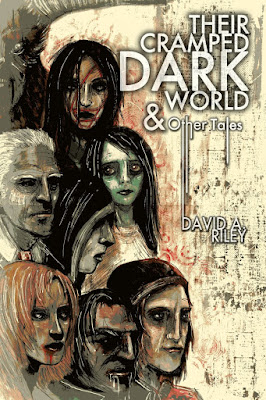 Their Cramped Dark World & Other Tales was first published by Hazardous Press and is now available with the same cover by Luke Spooner from Parallel Universe Publications. First published 2015. 185 pages with 10 stories. 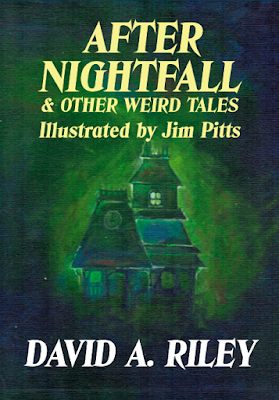 After Nightfall & Other Weird Tales was specially illustrated throughout by Jim Pitts. First published 2021. 196 pages with 9 stories. 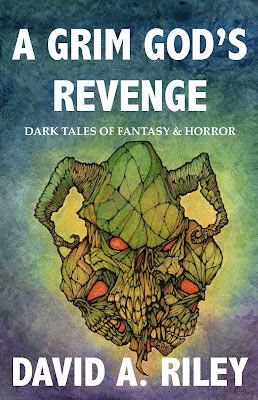 Dredd - Why Dredd is an Underrated Superhero Movie for Adults

An excellent article on one of the best superhero movies of recent years - and definitely one that's underrated.

Why Dredd is an Underrated Superhero Movie for Adults 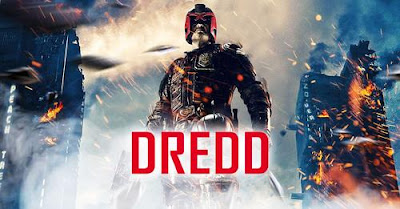 Email ThisBlogThis!Share to TwitterShare to FacebookShare to Pinterest
Labels: Dredd

Book Review: Black Dust and Other Stories by Steve Dilks 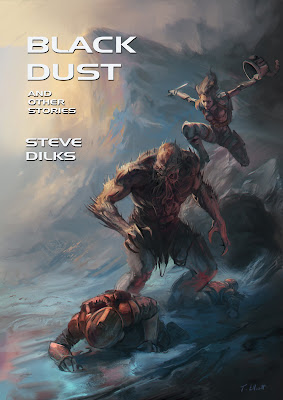 BLACK DUST AND OTHER STORIES

Black Dust and Other Stories is a new collection from talented fantasy writer Steve Dilks. Four of the seven stories have previously been published in Weirdbook, Startling Stories, Swords & Sorceries: Tales of Heroic Fantasy Volume 2, and Savage Scrolls.

They range from dystopian science fiction lightly reminiscent of Mad Max to out and out swords and sorcery, all centred on hard-headed and resourceful heroes who have to undergo some of the most violent and horrific of menaces during the course of their varied adventures.

Steve Dilks is a master at creating such heroes, resolute, cunning, not always particularly good men though they do have codes of a sort which they endeavour to stick to come what may. The worlds depicted are dangerous and often downright ugly, especially those set in the future, where resources, either on Earth or on other planets, are hard to come by and where dangers come fast and furious.

The first three stories – Black Dust, The Idols of Xan, and The Vaults of Ban-Erach – involve Matt Randall, on an alien planet run by Earth, though Randall himself is an oddity, part alien, though outwardly human. Which gives him a small advantage in dealing with the natives of the planet, who distrust and hate humans, who have oppressed them. It’s a hostile world with a savage climate, into which few humans venture beyond the protected domes of their cities.

The Gift of the Eons is a strange tale of a primitive human who encounters what may be science or maybe sorcery – to his limited intellect both are the same. And both are equally frightening. Luckily for him, his instinctive response of instant violence pays out.

Riders of the Fire is set in a future poisoned Earth, devastated by radiation and filled with violent gangs. Worse, though, are those who helped mastermind the way things have gone wrong for the devasted population of our world, which has shrunk to a fraction of its past numbers. Though this has been horrific for most people, who have suffered during the  nightmarish descent into near barbarism, the old elites still intend to pull the strings for their own selfish advantage. Unfortunately for them our hero, Cal, isn’t prepared to forgive and forget.

The Amulet and the Shadow is a fantasy tale which I was more than delighted to include in Swords & Sorceries: Tales of Heroic Fantasy Volume 2. It has everything such a tale should have: a resourceful and determined barbarian hero, magic of the blackest sort, battling armies, cruel villains and dark intrigues.

Tale of the Uncrowned Kings is another swords and sorcery adventure whose main protagonists are an exiled northern barbarian. Erich Von Tormath, and his friend the thief and murderer and all-round good guy when the chips are down, Zaran. It’s a saga of piracy, intrigue and a necromantic sorcerer. And a great tale with which the end this volume.

I would strongly recommend this book to anyone with a taste for heroic fantasy (and science-fantasy!), well written, colourfully inventive, and fast moving.

This review was first published in Phantasmagoria # 20 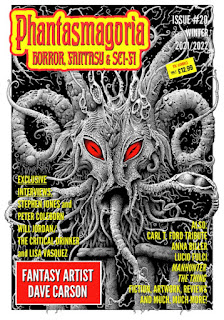 A Summer of Sci-Fi & Fantasy by Dustin Bilyk — Kickstarter includes my tale The Storyteller of Koss.