Five-star review of The Return 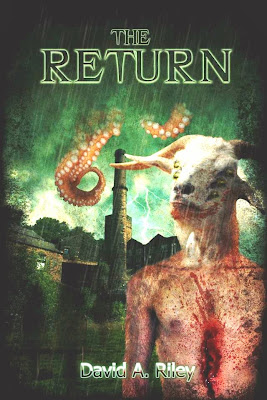 It was great to come across another 5-star review of my novel, The Return, on amazon. 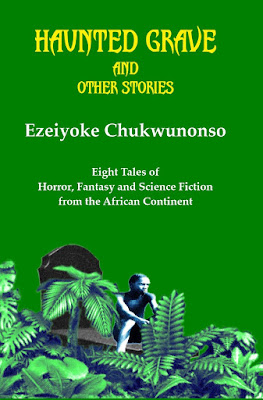 Haunted Grave and Other Stories: Eight Tales of Horror, Fantasy and Science Fiction from the African Continent has now been published by Parallel Universe Publications.

There's a great full page ad for Parallel Universe Publications on the inside front cover of the new Fear magazine.
Posted by David A. Riley at 13:00 No comments: 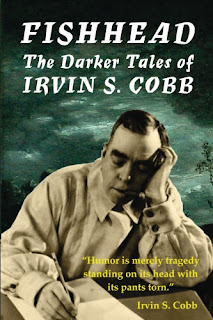 During his lifetime Irvin S. Cobb was one of the most celebrated writers in American literature, though nowadays he is almost forgotten, apart perhaps from his Lovecraft connection. Irvin Shrewsbury Cobb was born in Paducah, Kentucky on the 23rd June, 1876. His father, unable to cope with the death of his own father, succumbed to alcoholism when Cobb was only sixteen. As a result, Cobb’s education came to an end and he started work, first on the Paducah Daily News, then the Louisville Evening Post. By 1904 Cobb’s career in journalism was doing so well that he moved to New York, where he would go on to spend the rest of his life, starting work at the Evening Sun, though it wasn’t long before an assignment to cover the Russian-Japanese peace conference in Portsmouth, New Hampshire so impressed Joseph Pulitzer that he offered Cobb a job at the New York World, where he became the highest-paid staff reporter in the United States. In 1911 Cobb moved to the Saturday Evening Post. Three years later he was asked to cover the Great War. Amongst the many stories he wrote while there were the exploits of the Harlem Hellfighters,
a unit of black American soldiers who had gone on to earn distinction for their courage and discipline, which Cobb celebrated in his book The Glory of the Coming. Besides his prolific work as a journalist, Cobb’s fame largely came from his humorous stories, which were published in the leading magazines of his day, and collected in numerous books during his lifetime. But, though he was best known as a humourist, he did have a darker side, exemplified by the tales collected in this volume. Two of the most famous succeeded in catching the attention of H. P. Lovecraft. It is claimed that Fishhead influenced Lovecraft’s The Shadow Over Innsmouth. And there is certainly no doubt that Lovecraft was favourably impressed with this tale. In his groundbreaking essay, Supernatural Horror in Literature, Lovecraft wrote: “Fishhead, an early achievement, is banefully effective in its portrayal of unnatural affinities between a hybrid idiot and the strange fish of an isolated lake…” The Unbroken Chain gave Lovecraft the key idea behind The Rats in the Walls, though in all other respects the two tales are totally different. Besides writing and journalism, Cobb’s career extended to Hollywood, where legendary director, John Ford, made two films based on his books: Judge Priest (1934) and The Sun Shines Bright (1953). Other films included Peck’s Bad Boy (1921), starring Jackie Coogan, and The Woman Accused (1933), with a young Cary Grant. Cobb also did a stint at acting himself, appearing in ten movies altogether, including Pepper, Everybody’s Old Man (1936), Steamboat Round the Bend (1935) and Hawaii Calls (1938). It’s a sign of the prominence he had achieved that in 1935 he was invited to host the 7th Academy Awards. Other than the tales that inspired Lovecraft, Cobb also wrote some brilliantly dark stories that culminate in a kind of sadistic irony. They are some of the finest conte cruel ever written. Amongst the best of these is the final story in this collection: Faith, Hope, and Charity, whose protagonists, as is often the case in Cobb’s stories, struggle against fates that are not only pre-ordained but are horrendously appropriate! It must be added his hapless victims are far from blameless. What fates await them under Cobb’s pen have most definitely been brought upon them by themselves! Through most of the tales there is a wry sense of humour, so wry, in fact, that it never detracts from the impact at the end; indeed, it often adds to and embellishes it! I hope you enjoy reading these stories as much as I did and share with me the conviction that it is high time they were revived.

The book includes a frontispeice drawn by Jim Pitts and an Introduction by Linden Riley.