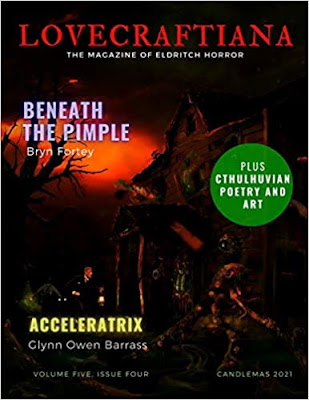 My first magazine appearance this year is in the Candlemas 2021 issue of Lovecraftiana magazine.  Boat Trip was first published in paperback and hardcover in The Third Spectral Book of Horror edited by Joseph Rubas in 2016. It also appears in After Nightfall & Other Weird Tales, illustrated by Jim Pitts.

To order copies of this magazine click on this link. 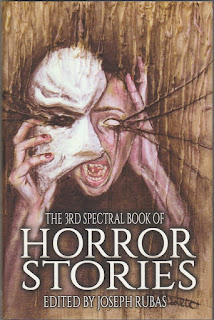 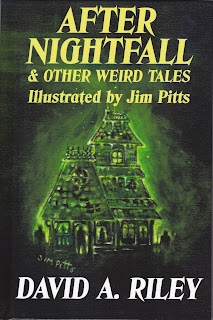 My review of Bloody Britain by Anna Taborska 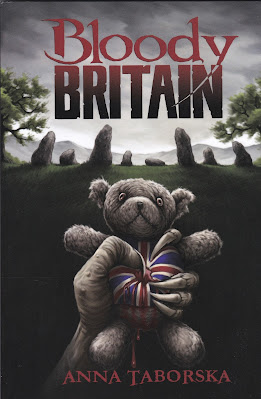 This is a copy of my review in the latest issue of Phantasmagoria magazine:

Despite its Grand Guignol title this is a beautiful book, with a magnificent cover by Paul Mudie, marvellously meticulous illustrations by Reggie Oliver for each of the stories, and of course the stories themselves, which are every bit as good as you would expect from film-maker and horror writer Anna Taborska, whose debut collection from Mortbury Press, For Those who Dream Monsters won the Dracula Society’s Children of the Night Award and was nominated for a British Fantasy Award.

In his introduction, Robert Shearman writes: “…God protect me from being a character in an Anna Taborska story: Anything but that. Please.”

Which is more than understandable! Anna takes no prisoners. Or, when she does, they are still made to suffer the tortures of Hell!

“Teatime”, despite its innocuous title is typical of what is in Bloody Britain. Our “hero” Victor enjoys watching people die and specialises in making sure that when they do they are suffering from their worst nightmares. He is the supreme sadist, who has developed the knack of finding out just what each of his target’s greatest, most terrifying phobia is. In its 38-pages Victor participates in a horrendous spree of blood-curdling cruelty to victims who deserve anything but what befalls them, right up until its savage climax. Sleepless nights are guaranteed after reading this!

I was going to say that the supernatural does not figure largely in these stories, but “Night of the Crone” from Terror Tales of the Lake District belies me. Here we have an ancient evil that a gang of young hooligans inadvertently unleash on themselves, the good, the bad and the downright nasty. And, of course, we have “Cyril’s Mission” with its giant worm: “Its skin was brownish-pink and membranous. Stretched out on the floor, the abomination extended from one end of the crypt to the other. As Cyril stared at it, the beast reared up, its front half towering above him. The priest watched as a gaping maw opened in its featureless snout, exposing a halo of slavering, flesh-coloured tentacles surrounding a set of sharp, lamprey-like teeth…” A more horrifying monster it would be difficult to imagine.

All in all, a satisfyingly varied collection of tales that fully live up to the book’s title! 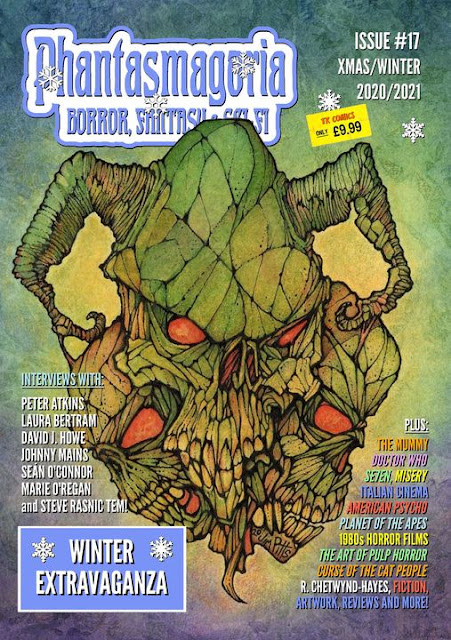 Phantasmagoria - only £9.99 on amazon:
Amazon 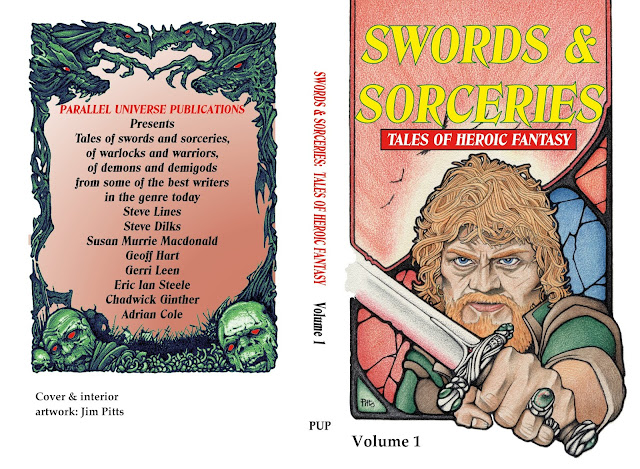 I am really pleased to see that Swords & Sorceries: Tales of Heroic Fantasy Volume 1  which I edited and Jim Pitts provided illustrations has received yet another glowing 5-star review on amazon.

"What an enjoyable book. Quality sword and sorcery stories and amazing art by Jim Pitts. The general tone of the book was dark with a few lighter tales. A couple of my favorite stories were by Steve Dilks and Adrian Cole. I would recomend this series to anyone with a love of fantasy. I will be waiting for volume 2"

My review of Eccentric, Impractical Devils: The Letters of August Derleth and Clark Ashton Smith 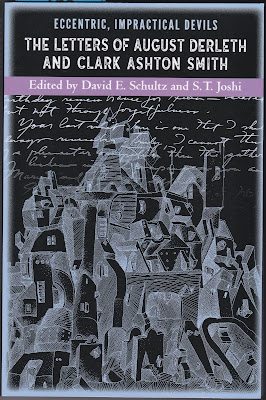 Below is my review published in the last issue of Phantasmagoria magazine.

Every struggling writer should read this book as many of the exchanges are about writing stories, revising them (including their endings) and selling them to the markets available at the time, including all the rejections. For those of us who look back on writers like Clark Ashton Smith with awe it's enlightening to see how he too struggled with the same problems that beset the rest of us today.

These letters cover the period from 1931, when Smith was at the height of his powers as a writer, turning out the vast bulk of his meticulously written tales, till his death in 1961. They are a wonderful insight into the friendship between Smith, Derleth, Lovecraft, Wandrei and others, all of whom regularly exchanged carbon copies of their finished stories or works in progress for frank and honest criticism. Smith comes over as someone who was fully aware of his weaknesses as a writer and more than prepared to take in and act upon any suggestions Derleth made to him. Both men spent a great deal of time reading and evaluating the pros and cons of what the other had written and were never afraid to detail these in the numerous letters they sent to each other.

The last section of letters are those exchanged between Smith’s wife, Carol and August Derleth, often discussing the publication of Smith’s poetry and collections of his short stories by Arkham House. Derleth’s letters are illuminating on the problems he had to face over printing costs and the slow sales of the books Arkham House published.

The sheer honesty of these letters, from all participants, on the problems they had to face, their health issues, and, importantly, their thoughts on the creative process make for fascinating reading. They are a window into a lost world and, for me at least, are thoroughly absorbing.

The book also has a detailed Appendix, a section of reviews, a Bibliography, and an Index. There is even a list of Smith’s royalty earnings from Arkham House with a detailed analysis.

At 600 pages this is a must for anyone with a serious interest in Clark Ashton Smith and a revealing insight into August Derleth as well. Hippocampus Press are to be congratulated on publishing yet another important, well-researched book.