I am proud to announce that my daughter, Cassandra's next production at the Civic Theatre in Oswaldtwistle will be The Little Mermaid on the 29th-31st January next year.

Royalties on His Own Mad Demons 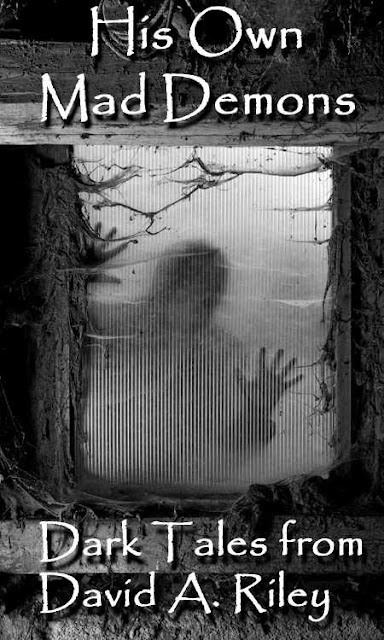 I was nicely surprised to receive my latest royalty payment for His Own Mad Demons: Dark Tales from David A. Riley, which was published by Hazardous Press in 2012. It sold even better in its second year than its first.

His Own Mad Demons includes:

The kindle ebook versions are also available: Amazon.co.uk and Amazon.com.
Posted by David A. Riley at 09:41 No comments:

The Hobbit - The Battle of the Five Armies Trailer

Having enjoyed the previous two films of the trilogy, I am looking forward to watching its conclusion with The Hobbit - The Battle of the Five Armies later this year.

Here's a trailer for it.

Email ThisBlogThis!Share to TwitterShare to FacebookShare to Pinterest
Labels: films, The Hobbit, trailer

Though I've owned the dvds for the entire run of the George Reeves Superman TV series from the 1950s for a while now, I've only just finished the first, climaxing with a double parter: Superman and the Mole Men, which was the first of the stories to be filmed, originally as a B-feature and as a pilot for the TV series. Although the series at this point was filmed only in black and white, it was quite incredibly good and I can well understand why it was such a hit back then. I have another 4 series to enjoy watching yet, the later ones in full colour.

After the disappointment of the last Mad Max movie many years ago, this looks like a return to the form of Mad Max 2 - The Road Warrior, which was the best of the original three. I just hope the film lives up to the trailer!

Yesterday I bought the kindle edition of Robert Aickman's collection Dark Entries from Amazon.co.uk. I was surprised to see the following review of it on the Amazon site. And the reviewer has the temerity to call Amazon stupid! What reader gives a book a one star review like this? Unbelievable!

(Update: the link will no longer work as the one-star review has now been removed. I complained to Amazon about it.)

This was the review: "Don't be so damn stupid, Amazon - I only bought it yesterday and haven't finished reading the previous book yet."

The Pan Book of Horror Scrapbook to go ahead 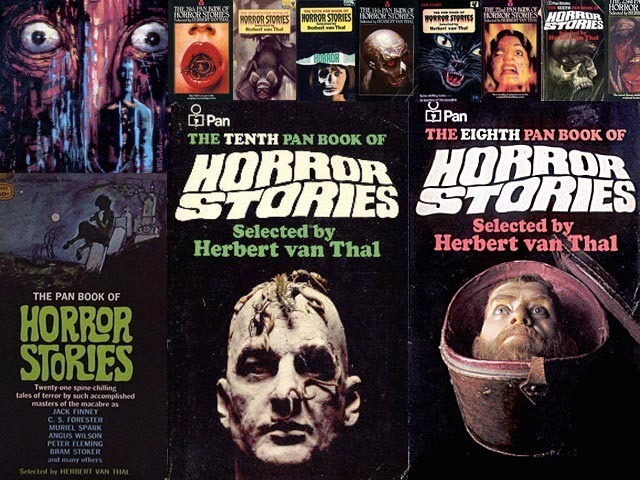 The great news is that Johnny Mains' kickstarter campaign to raise £5,000 to publish the Pan Book of Horror Scrapbook has succeeded. At the moment the actual amount pledged stands at £5,756.

Great Review for The Return on Hellnotes

There was a great review for my horror novel The Return on Hellnotes.

The Return
David A. Riley
Blood Bound Books (November, 2013)
ISBN 978-1940250052
$12.99 PB; $2.99 Kindle
272 pp
Reviewed by David T. Wilbanks
Gary Morgan is a tough-as-nails London gangster as well as the lead character in David A. Riley’s novel The Return. After participating in a gangland shooting, with plans to hide out in his long-neglected hometown of Edgebottom, Gary soon discovers that the mill town’s bad reputation hasn’t improved at all over the years; in fact, strange occurrences are on the rise and he finds himself caught in a situation that gets more bizarre the longer he hangs around. So, with full intentions of leaving town and lying low somewhere less threatening, he instead finds himself slipping further and further toward the dreary town’s evil heart.
The creepy artwork by Andrej Bartulovic on the book’s cover broadcasts where this one is heading. Anyone with a craving for bleak crime fiction crossed with the Lovecraftian/occult should enjoy this well-crafted work of looming darkness. Compellingly, the novel follows Gary and the local police as they experience what turns out to be otherworldly mayhem. Pure malevolence, revealed slowly with hair-raising detail, will keep horror fans riveted as they turn pages toward the chilling and merciless conclusion. Celebrated British author David A. Riley has been in the business of writing horror, fantasy and science fiction for several decades now and this storytelling experience is reflected in his work.  The Return is a grim, bloody book set firmly in the UK horror tradition, and will make a fine addition to any collection.
Posted by David A. Riley at 22:17 No comments:

Pleased to see that my short story, His Pale Blue Eyes, is in Tales to Terrify No 130, narrated by Antoinette Bergin. This story was first published in Bite Sized Horror, edited by Johnny Mains for Obverse Books in 2011 and is also in my collection The Lurkers in the Abyss and Other Tales of Terror.

Email ThisBlogThis!Share to TwitterShare to FacebookShare to Pinterest
Labels: Tales to Terrify, The Lurkers in the Abyss and Other Tales of Terror

My daughter, Cassandra is appearing in a new musical, premiering in Clitheroe this August.
For those who want to find out more, visit www.stopthetrainmusical.com - suitable for audiences aged 15 years plus due to mature themes and occasional language.

Johnny Mains has started a kickstarter campaign to raise funds to publish a lavish, in-depth scrapbook on the Pan Book of Horror Stories. So far, with 55 backers, he has pledges totalling £2,584. The target is £5,000 and there are another 19 days to go.  Whether this figure will be achieved is anyone's guess at the moment, but it is within reach.

I must admit to a bit of a vested interest in this as I was in the Eleventh Pan Book of Horror Stories with my first ever professionally published story, The Lurkers in the Abyss, which went on to be chosen by John Pelan for his two-part anthology, The Century's Best Horror Fiction (Cemetery Dance, 2012). It is also the title story for my collection from Shadow Publishing, The Lurkers in the Abyss and Other Tales of Terror (2013).

If you are interested in this scrapbook being published, just click on this link. Full details are there.


COPIED FROM THE SITE:


"A complete history of The Pan Book of Horror Stories, the infamous anthology series which ran from 1959-1989.
THE PAN BOOK OF HORROR STORIES SCRAPBOOK will be the result of 5 years in-depth research into this series which has haunted and thrilled me since I was thirteen years old.


The funds collected for this book will be put towards the following things:
There is still some more research needed and people to interview
Getting a high quality artists to do the book cover and illustrations.
Paying for a professional proof reader.
High-res scanning of artwork, photos, letters etc.
Printing of the actual books which will be to the highest standards available.
The cult of the Pan Horrors continues to fascinate, more than 55 years after they were first published and 25 years after the last volume hit the shelves. This book aims to publish the definitive history of the series, its editors, its authors - with as much information and paperwork that I've been able to gather together since 2009.
I've still got a lot of work to do on it, so have given myself the publication date of December 2015. It's a bit of a wait, but I'm working on this on my own, and have a full time job plus editing the Best British Horror series for Salt Publishing.
I'm the only person I know of bonkers enough to attempt a book such as this, and the main reason I want to do it is so I can be the first person to read it!
This will be a book for any fan of horror, its authors, the history of publishing, social history in a wider context and how a gentleman called Herbert van Thal created a series of books which has been ingrained into the national psyche."
Posted by David A. Riley at 11:30 No comments: