Great time spent with Jim Pitts at Sledge-Lit on Saturday, despite a 5.30 am start off and a journey beset with roadworks and sleet! Still we got there on time and set up our stand for Parallel Universe Publications. Like every other dealer there it was, unfortunately, a very poor day for sales, but, on the plus side, it was a great opportunity to meet up with old friends and new, including Mike Chinn, Eric Ian Steele, CC Adams, Alex Davis, and Ash Hartwell, whose new novel, Tip of the Iceberg, I'm reading at the moment.
http://paralleluniversepublications.blogspot.co.uk/ 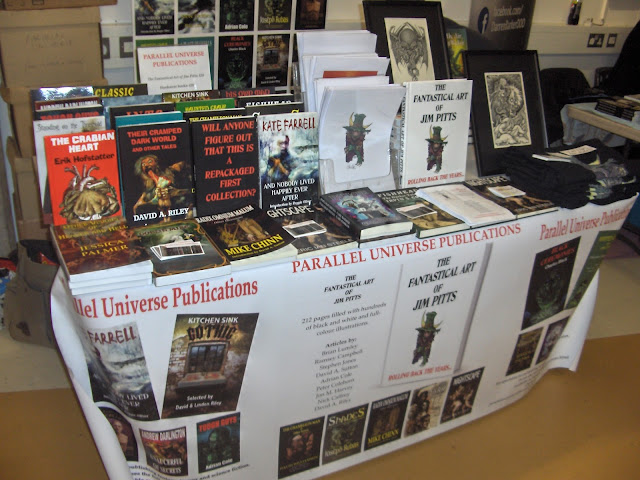 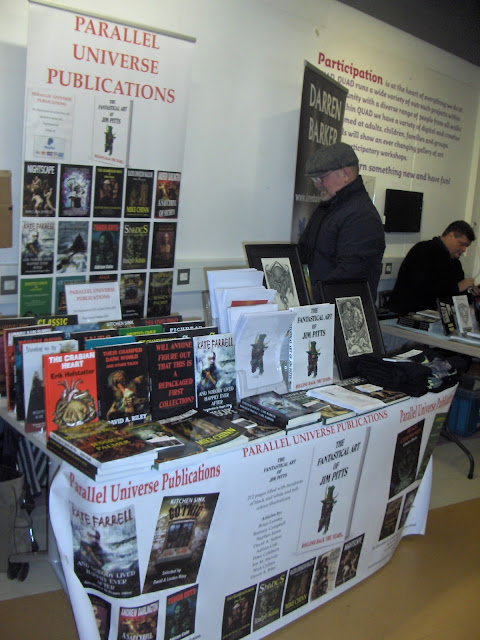 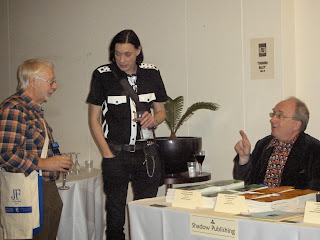 Saddened to hear of the death of Carl Ford - far too young to have left us.

Above is the only photo I have of Carl, taken at the World Fantasy Convention in Brighton with David Sutton to the left, me to the right, and Carl in the middle.

Carl will long be remembered for the outstanding magazine Dagon, which he published and edited and for which he received a well-deserved British Fantasy Award. 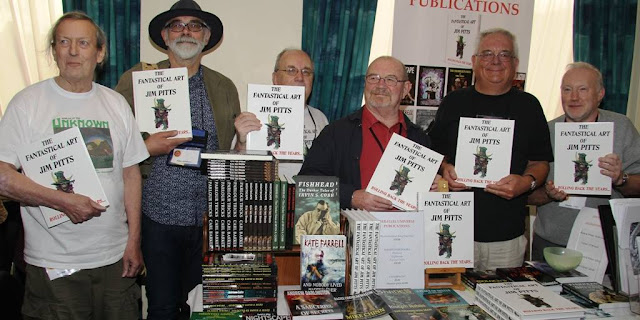 There are a limited number of editions signed by most of the contributors to the book at Fantasycon left: Ramsey Campbell, Stephen Jones, Peter Coleborn, Jon M. Harvey, David A. Riley, and of course Jim himself. If you would like one, you'll need to order one soon before these run out. 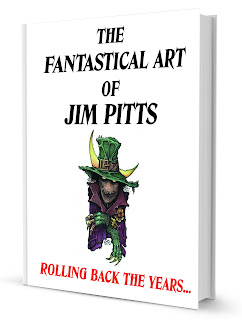 After Nightfall accepted for the Gallery of Curiosities audio podcast

Just learned that Gallery of Curiosities podcast have accepted a reprint story of mine, After Nightfall, for an audio transmission.

This will be the 7th time this story has been published:

Lancashire Telegraph article about The Fantastical Art of Jim Pitts

The Lancashire Telegraph published a half-page story about The Fantastical Art of Jim Pitts in today's edition. 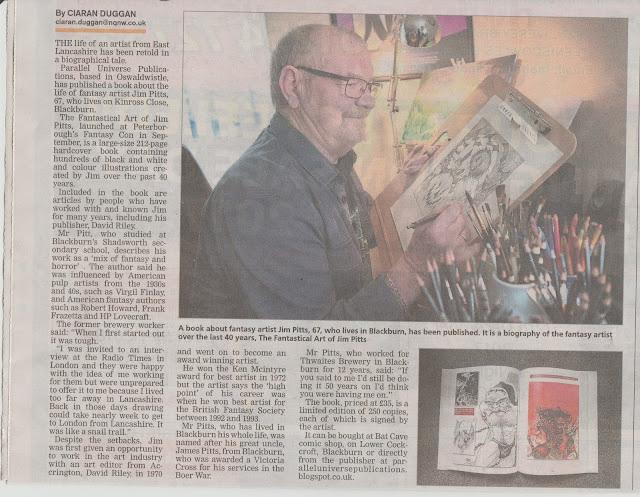 The Lancashire Telegraph published a half-page story about The Fantastical Art of Jim Pitts in today's edition. 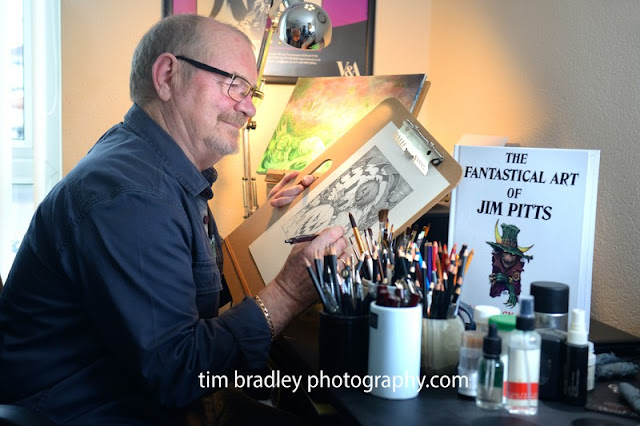 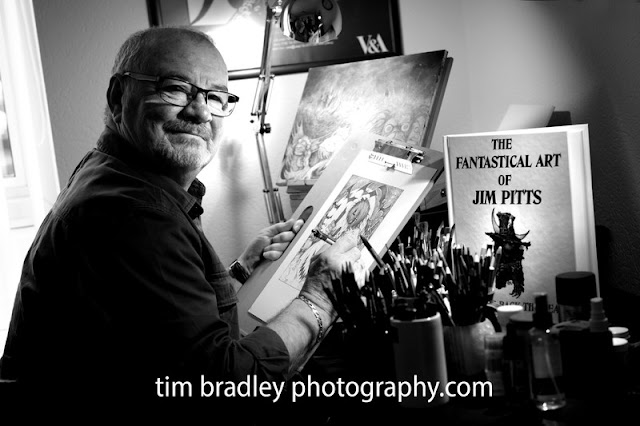 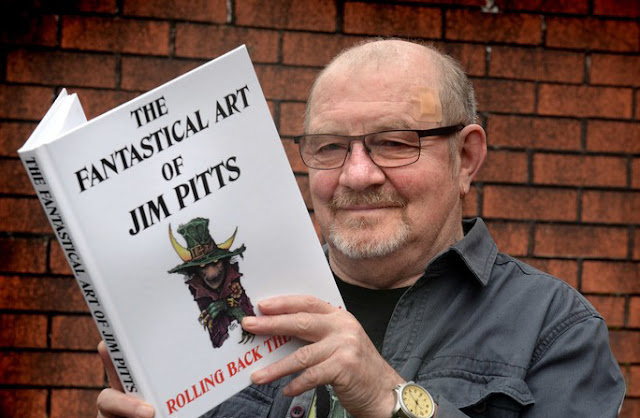 Mythic magazine #4 and my story A Grim God's Revenge 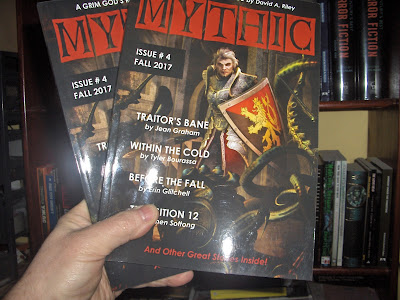 Got my contributor copies of Mythic magazine #4 in the post today, containing my dark fantasy story A Grim God's Revenge.
Posted by David A. Riley at 15:52 No comments: