Latest issue of Phantasmagoria has an interview with me, plus a short story, five reviews and an illustration! 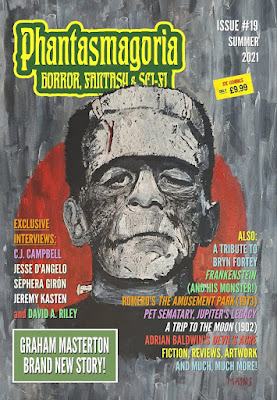 The latest issue of Phantasmagoria has an interview with me, plus a short story, five reviews and an illustration!

Phantasmagoria #19 is now available through amazon, other internet outlets, plus some branches of Forbidden Planet.

The short story is The Last Coach Trip, much of which was based on annual trips to Ripon races by Bold Street Working Men's Club in the early 80s. They were great days out - though none ended quite like this! According to Trevor Kennedy it is a very poignant tale.

The illustration was the cover for an issue of David A. Sutton's iconic fanzine Shadow.

There is also a glowing and satisfyingly in depth review by Trevor Kennedy of Swords & Sorceries: Tales of Heroic Fantasy Volume 2.