The Forbidden Planet on blu-ray 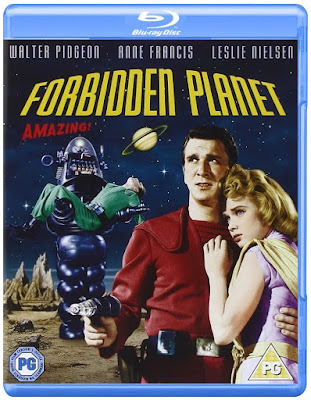 I have ordered a blu-ray copy of The Forbidden Planet.
This was one of the very first SF movies my parents ever took me to watch at the cinema when I was little (the other was The Day the Earth Stood Still).
For a long time I thought the invisible monster at the climax, the Monster from the Id, was the tiger's ghost till I finally saw the film again years later. It's strange the misconceptions you can get from a film when you're very young.
Posted by David A. Riley at 14:21