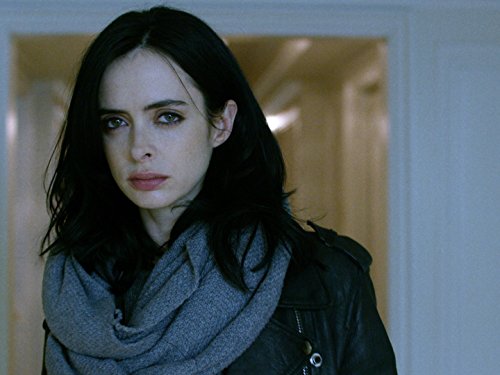 Of all the Netflix Marvel series this is one of the best, alongside The Punisher and Daredevil, with Luke Cage running a close fourth. Interestingly, Luke Cage makes a brief, guest appearance in the final episode.

In season three Jessica teams up with her sister, who has now aquired powers of her own, and is only too willing to use them. Perhaps "too willing" are the key words, but I'll say no more to avoid spoilers.

The main villain is a man without powers other than those he has trained himself for, such as martial arts, and who resents and hates those who he believes have cheated - the empowered super heroes, who have abilities they haven't earned through hard work and dedication. He is also a sadistic serial killer who enjoys photographing the agony he puts his victims through when he has them securely fastened to a chair.

It's dark, convoluted, with some truly shocking twists.

Krysten Ritter, who plays Jessica, is excellent as usual, looking deceptively delicate, till you see her in action.

Signs are that this will be the final season, but I hope not. And if Netflix have dropped it or had it taken off them by Marvel, I sincerely hope that any further seasons have the same cast, and definitely the same actress playing the main character.
Posted by David A. Riley at 22:20