Next Book from PUP will be a collection of poems by Benjamin Blake: Standing on the Threshold of Madness 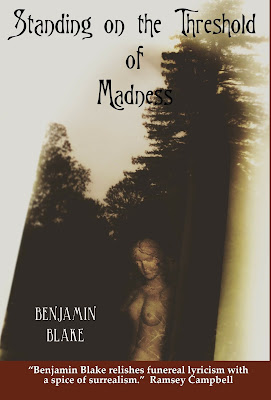 The next book from Parallel Universe Publications will be a collection of poems by Benjamin Blake: Standing on the Threshold of Madness.

Benjamin Blake was born in the July of 1985, and grew up in the small town of Eltham, New Zealand. He is the author of the poetry and prose collections A Prayer for Late October, Southpaw Nights, and Reciting Shakespeare with the Dead. His debut novel, The Devil's Children, was published in October of 2016.

Find more of his work at www.benjaminblake.com
Praise for Standing on the Threshold of Madness and Benjamin Blake:
“Benjamin Blake relishes funereal lyricism with a spice of surrealism.” - Ramsey Campbell
"Language and imagery rule in this collection of dark visions. Blake has a distinctive voice, rich in surrealism, and he uses it to considerable effect." - Bruce Boston, SFPA Grandmaster Poet
“A plethora of dark and haunting poems that could be likened to a bone chilling symphony overall! Mood enhancing language that will curdle the blood, and excellent, original imagery!” - Marge Simon, Bram Stoker Award winning poet 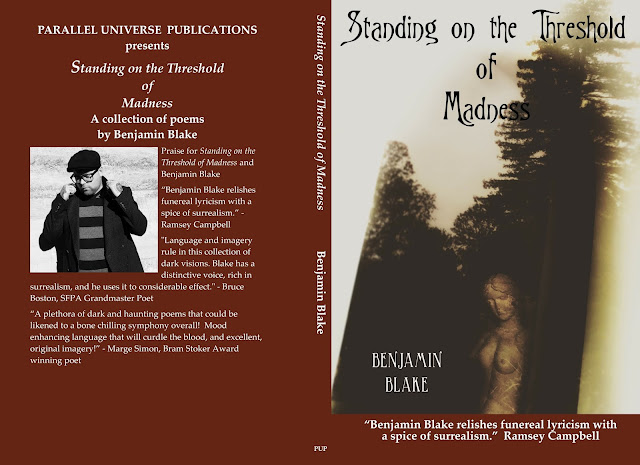 Email ThisBlogThis!Share to TwitterShare to FacebookShare to Pinterest
Labels: Benjamin Blake, Parallel Universe Publications, Standing on the Threshold of Madness