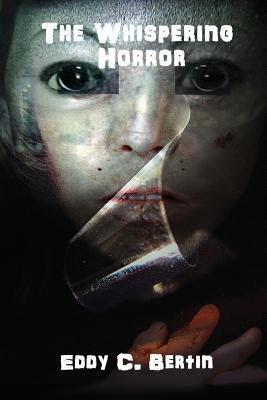 This is my review of Eddy C. Bertin's collection of stories due from Shadow Publishing this May. The review is available on Hellnotes' website:

The Belgian writer Eddy C. Bertin’s stories have been appearing in anthologies since the late sixties, but this is his first English language collection. The title story, The Whispering Horror, originally appeared in The Ninth Pan Book of Horror Stories 1968. In Europe, though, under a number of pseudonyms, he has had over sixty pulp novels and serials, westerns, thrillers, and murder mysteries published. He has written mysteries and historical romances, and horror stories for children.
Here we have the cream of his tales, which range from the psychological to the supernatural. They even include the Cthulhu Mythos, though Bertin’s interpretation of this is distinctly his own.
One of my favourites must be The Whispering Horror, which was the first of his stories that I ever read many years ago. It has a dark, claustrophobic feel common to most of Bertin’s stories, and a shadowy horror which is malevolently evil. “And then… the thing WHISPERED. Not a moan or a groan, not a recognizable sound, but a thick, slimy whisper, which seemed to go on and on between the slippery walls. The whisper of something old and feeble, something slimy and swollen, which seemed dead and yet alive, as if it had just awakened from a long sleep. Something petrified and timeless, suddenly coming to itself.”
For me, excellent though the short stories are, my favourites are the longer ones. Dunwich Dreams, Dunwich Screams combines Lovecraft’s mythos with historical horror, blending the true events that befell England’s coastal town of the same name as Lovecraft’s blighted New England settlement. It interweavs two narratives, the holiday visit by a Belgian fan of Lovecraft, obviously Bertin himself, and the events that befell Dunwich during Henry VIII’s dissolution of the monasteries and his attacks against the clergy, including secret followers of Dagon. By contrast Something Small, Something Hungry follows a police investigation into a seemingly inexplicable series of fatal accidents at a circus. Even though no one else is ever involved with them – in one a trapeze artist closes her fists when she should have reached out to grasp the trapeze hurtling towards her and falls to her death – there are too many for them to be a coincidence. Told from a variety of viewpoints – the circus owner, a bestial clown, the policeman, and an old woman accused of being a witch – it soon becomes obvious that something none of them can see must be behind the accidents. The final twist, when the identity of the perpetrator is revealed, is even more shocking than anything that has gone before.
If one thing distinguishes Bertin’s stories, it’s the originality of their titles – A Taste of Rain and Darkness, Like Two White Spiders, The Man Who Collected Eyes, Whisper of Leathery Wings – but the final story, My Fingers Are Eating Me must rank as one of his most original. As in Dunwich Dreams, Dunwich Screams, the main protagonist is a visiting Belgian, a journalist on the lookout for unusual stories he can write for a magazine in Ghent about London in the early seventies. By accident he is witness to what he is at first certain is a mugging late one night on an all but deserted Underground station. Terrified at the savagery of the attack he flees to the surface, where he tries to tell the police, but when they return to the platform there is no trace of either a body or any of the blood he saw flowing from it. Unable to forget the incident, he travels the Underground obsessively until he finally sees the attacker again, a small beggar-like man who he starts to trail. At each revelation he discovers, he finds himself drawn into something much bigger and more terrifying than anything he could have possibly imagined, the cusp of an ancient Lovecraftian horror that encompasses the whole of the Underground. This story is a tour de force that never lets up, escalating in sheer horror up to the final twists in its climax.
A rich and varied collection of horror stories from a master of the genre. I sincerely hope that further collections of Bertin’s stories will appear in English in the not too distant future.