Zombies: A Compendium of the Living Dead edited by Otto Penzler 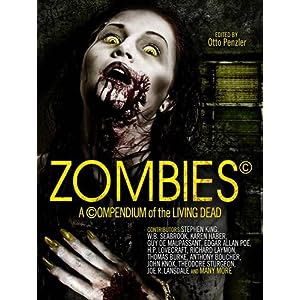 Zombies! Zombies! Zombies! which was published in the States last year by Vintage has been reprinted in the UK by Corvus/Atlantic Books, with a new cover and a new title, Zombies: A Compendium of the Living Dead. Included in its 832 pages (the second story in) is my own After Nightfall.

I only discovered this when Pete Coleborn wrote about the book on Facebook. He had reviewed it on his blog Piper at the Gates of Fantasy.

It's great to see this 1970 story getting yet another airing! A nice surprise for the New Year.
Posted by David A. Riley at 13:53