We arrived back home earlier tonight after one of the best weekends we've spent away for ages. The Halifax Ghost Story Festival was a tremendous success and credit must be given to those who organised and took part in it. Tomorrow Lin and I will give a report on it. In the meantime, here are a few photos: 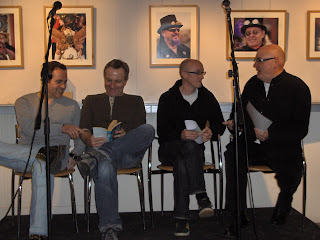 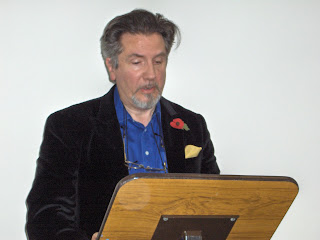 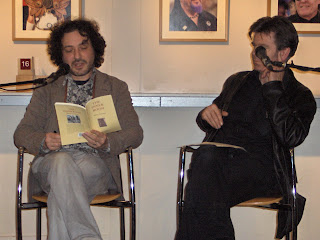 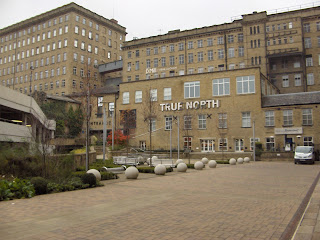 Dean Clough, site of the festival. This used to be the world's largest carpet manufacturer. 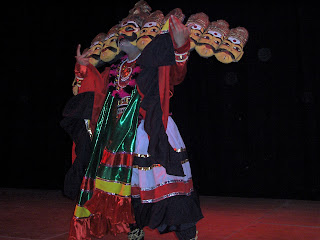 The Ten-headed King from the Annapurna Indian Dance show, After Life 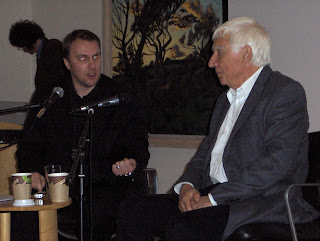 TV director, Lawrence Gordon Clark (right) being interviewed inbetween screening of three of his famous "Ghost Stories for Christmas" produced for the BBC in the 1970s - Lost Hearts, The Treasure of Abbot Thomas and A Warning to the Curious. ﻿
Posted by David A. Riley at 21:37