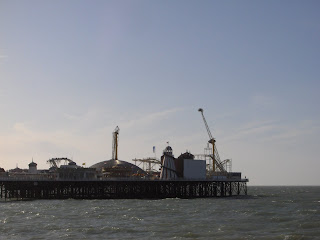 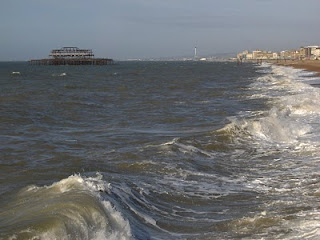 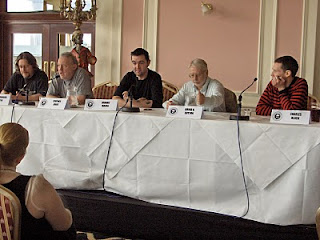 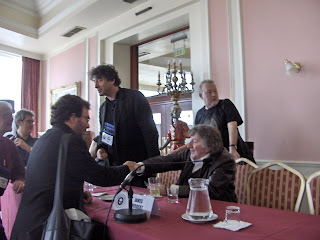 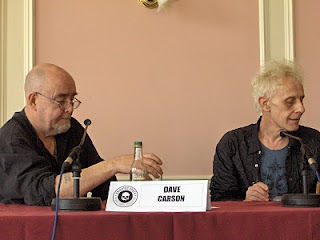 The top two pictures are of the pier and sea across from the convention hotel.

The next is of Ian Alexander Martin, Steve Jones, Johnny Mains, Dave Sutton and Charles Black on a Pan Book of Horror panel.

Below this is James Herbert shaking hands after his Guest of Honour Speech, Steve Jones behind him. Neil Gaiman is also there, stood up.

The bottom picture is almost self explanatory: Dave Carson during his Artist Guest of Honour interview.

We would have taken a lot more pictures but unfortunately the battery for our digital camera developed a fault and wouldn't stay charged for more than a few minutes.
Posted by David A. Riley at 10:29