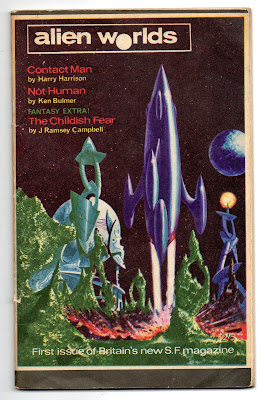 I came across my copy of what may be the only science fiction magazine published in Manchester, Alien Worlds, which came out in 1966 edited by Charles Partington and Harry Nadler. Unfortunately this was to be the only issue.

At 64 pages with stories by some well known, well-established names it was a quality production and has the distinction of having stories in it by two writers who were to become the first two presidents of the British Fantasy Society: Kenneth Bulmer and J. Ramsey Campbell, as he was then known.

Ramsey Campbell's story impressed me at the time - and still does - with its ghoul haunted cinema in The Childish Fear.

It had some superb artwork in it by Eddie Jones (then one of the biggest names in SF art whose book covers became prolific over the next few years), Terry Jeeves, Jack Partington and Jack Wilson. It also had a piece on the forthcoming major SF movie 2001 - A Space Odyssey, as well as a feature, plus pictures from One Million Years B.C. 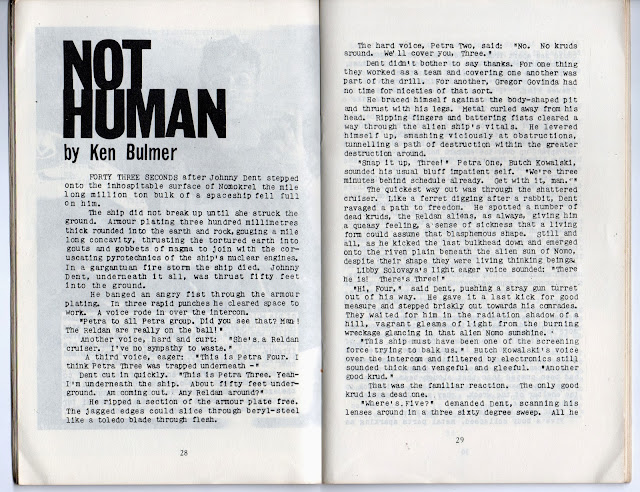 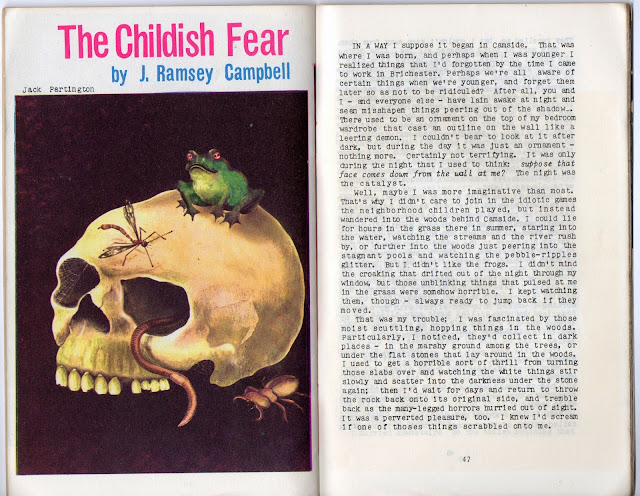 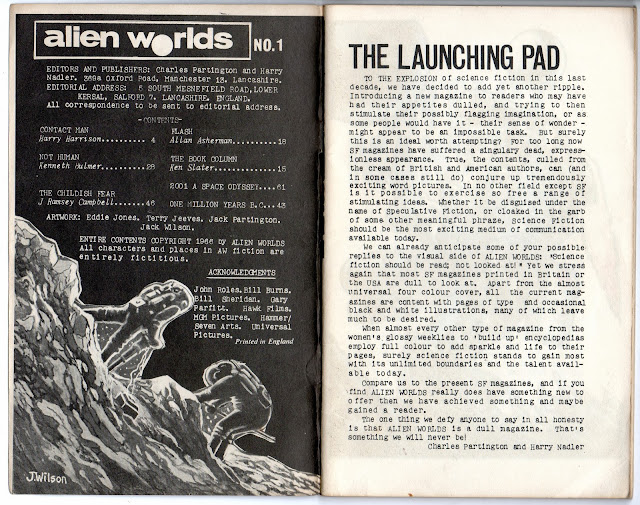