From Beyond the Dark Gateway No 1 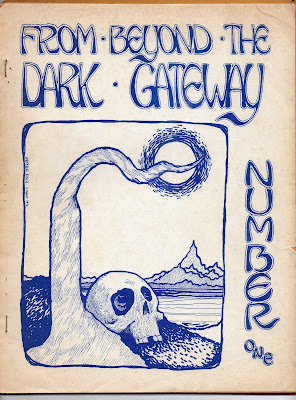 My first story published in the States was A Sense of Movement in 1972 in the fanzine From Beyond the Dark Gateway, edited by Edward P. Berglund. My story was illustrated by Harry O. Morris. The magazine was A4 in size with mimeographed text pages and semi-glossy lithographed pictures. It was published by Silver Scarab Press in Albuquerque, New Mexico, by the same people who already published Nyctalops.

I rewrote my story some years later, expanding it from 3,400 words to 5,700, with a totally new protagonist. The new version was published in The Third Black Book of Horror in 2008. 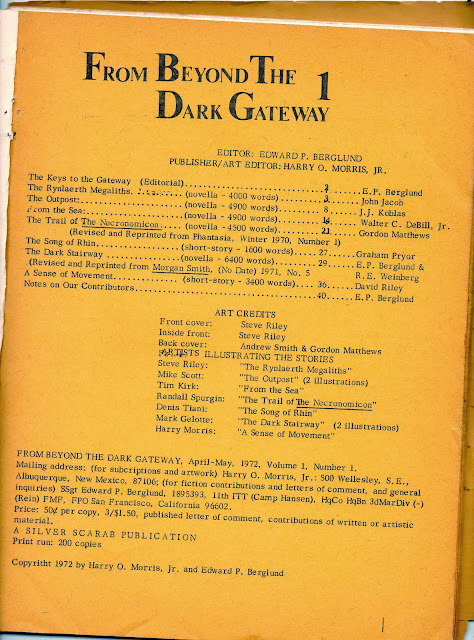 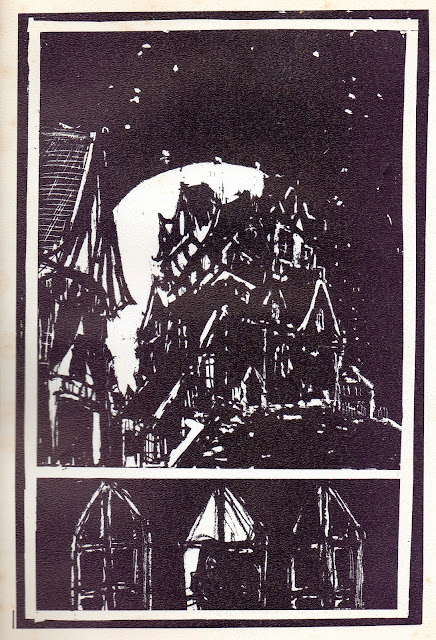 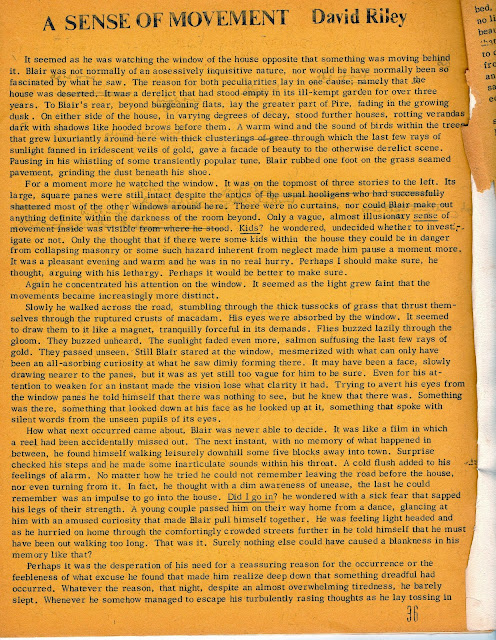