A Great Message on FaceBook from Grey Matter Press 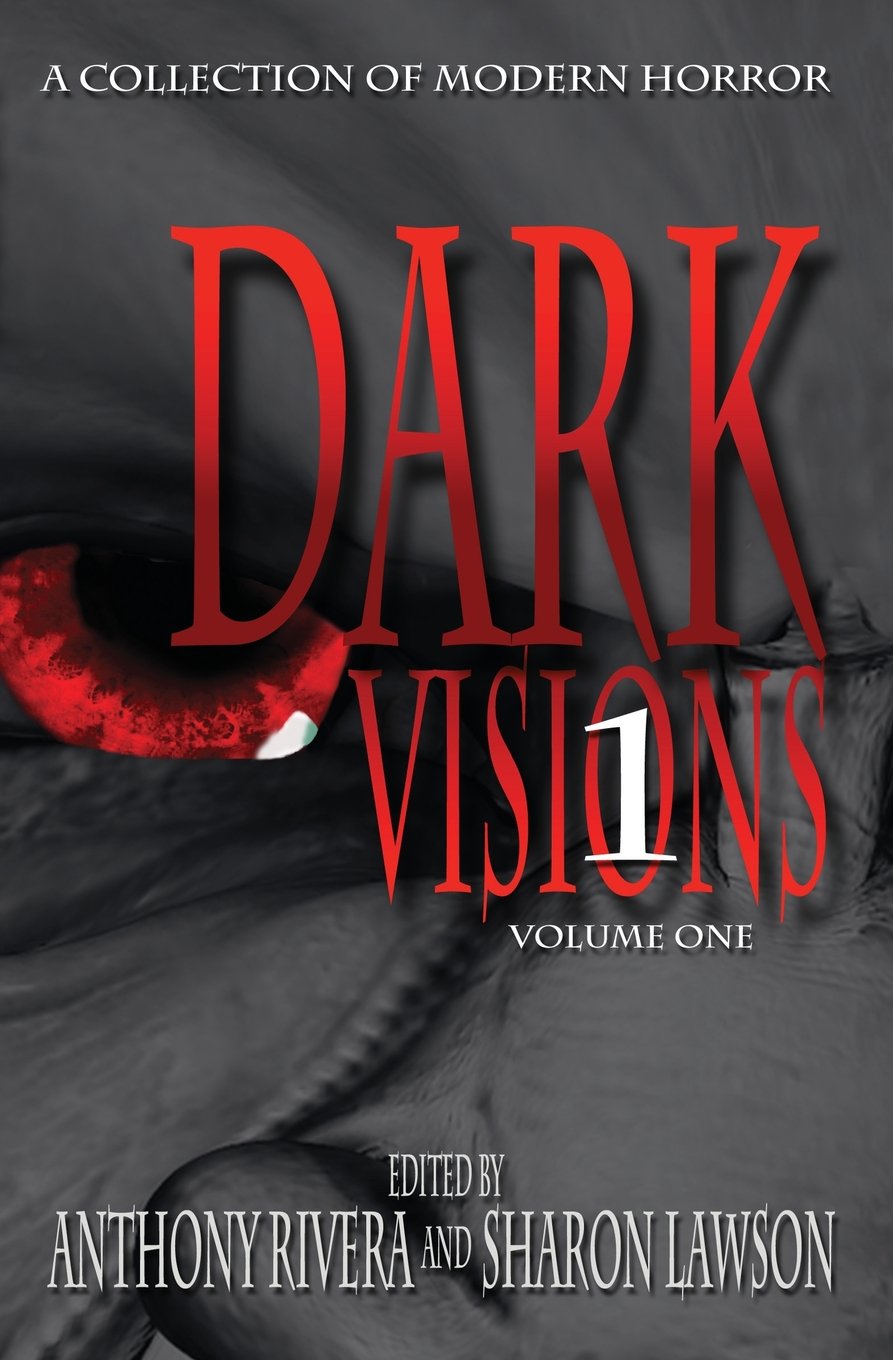 This was posted on Facebook by Anthony Rivera, who was one of the two editors for Grey Matter Press's anthology Dark Visions 1:

"I apologize in advance for this long post. But there's so much that I feel I need to say on this date that marks the one-year anniversary of our first release as a publisher of independent fiction. Only twelve short months ago, our first anthology of horror, DARK VISIONS: A COLLECTION OF MODERN HORROR - VOLUME ONE was published.
Since September 17, 2013, we've had the truly humbling experience of working with an incredible selection of honestly exceptional authors. And during that time, we've made an uncountable number of great friends along the way (and that means all of you here on Facebook and on Twitter and elsewhere).
Upon its release last September, DARK VISIONS ONE was embraced by horror lovers around the world, only to later be nominated for a Bram Stoker Award in the Horror Anthology category for 2013, an honestly STUNNING and VERY humbling recognition that will always hold a special place in our hearts. And, for that, we sincerely thank everyone who purchased the title and all those members of the Horror Writers Association who had a part in the nomination that we will NEVER forget.
To the readers of DARK VISIONS ONE, and all of our volumes released afterward, we extend our most sincerest of gratitude. It's due to your continued support that DARK VISIONS ONE (along with the rest of our catalog) remains, even on this date one year later, among the Top 100 Bestsellers on the Amazon Horror Anthology charts. That fact, alone, leaves me as an editor and publisher speechless. And, more importantly, honored.
There are so many people I would like to thank for their roles in this incredible year that marks the ever-expanding history for Grey Matter Press, our first year as an independent publisher of dark fiction. The list is truly endless. I thank you ALL for the support, encouragement and (oftentimes) patience that you've shown with our press.
I want to thank EVERYONE for your support, for embracing our authors, for buying their books, for submitting your exceptional work to us as a new publisher, for sharing your opinions about our titles with your reviews, for your general encouragement throughout (and also your valid criticisms at times) and, most of all, just for coming along on this wild and crazy ride that has been the first year of Grey Matter Press.
But, most of all, I would like to thank those extremely courageous authors who decided to take the plunge and jump into the dark and cold waters with a new press without any creds from the Windy City. You've all made a huge impact on each of us and are the reasons that our very first release will forever have a lasting impact on our lives.
The folks I'm talking about are those first daring authors who shared (almost two years ago) their work for that first volume that will forever mean so very much to us -- DARK VISIONS ONE. These brave souls include (first and foremost) Mr. David A. Riley, the incomparable Jonathan Maberry, the icon of horror Ray Garton, the new king of pain John F.D. Taff, the 'weird fiction' author Jay Caselberg, our fave expat Jonathan Balog, the jogging Canuck Sarah Johnson, the very insidious storyteller Sean Logan, the truly devious Brian Fatah Steele, the incredibly talented Jeff Hemenway, the conspiratorial Charles Muir, the potential psychotic Jason Ridler, and the honestly unnerving Milo James Fowler.
I also cannot end this post without thanking my co-editor, Sharon Lawson, who, without her staunch ability to deal with so many of my own personal and professional peccadilloes, this entire adventure could not have been possible. Sharon, I appreciate you more than you know and respect your talent more than I can properly state. I'm a far better man that you are in my life. And you will, forever, be my dear friend.
In closing, (yes this long babble is near its end...) I want to say thank you ALL from the bottom of my heart for helping make this first year of Grey Matter Press the realization of a dream that I've had for far too many years. It's because of YOU, the horror lovers and readers of the written word, that we will continue to embrace this insanity that is independent publishing with Grey Matter Press far into the future.
Sincerely,
Tony"

Posted by David A. Riley at 09:14 No comments: Links to this post

It's always good news when a new and especially a new paying market appears. Grimdark Magazine


"Grimdark Magazine presents the darker, grittier side of fantasy and science fiction. Each issue features new authors to take you through their hard-bitten worlds. Purchase the ezine each quarter to get new fiction, new art, and plenty more!

You'll get short fiction pieces from some of the big names and new talent in Grimdark science fiction and fantasy, as well as articles, interviews, and whatever else we think will appeal to you. We'll push the boundaries of the sub-genre before they've had time to settle, and look forward to you joining us.

Enjoy the growing sub-genre of science fiction and fantasy that authors like George RR Martin, Mark Lawrence, Joe Abercrombie, Sarah Cawkwell, Kameron Hurley, Graham McNeill, and so many more are championing. Our stories are grim, our worlds are dark, and our morally-ambiguous protagonists and anti-heroes light the way with horrible decisions and gallows humour."

Posted by David A. Riley at 23:28 No comments: Links to this post


"When the villagers told him the Grail was inside their lord’s keep beyond the forest to the west the knight knew they were lying. He did not need to see the stark hunger on their drawn faces or the fear in their eyes to understand their motives, though Sir Hector felt bitter at the continued failure of his quest. He had been away for too many years and had long grown weary of the task.

But this was not what concerned him now. On his way into the village three bodies hanging in chains from makeshift posts along the path had warned him there was evil here. The bodies were so badly decayed he had not been sure whether they were men or women. Even their clothes were no more than stained, indescribable rags, hanging in tatters from what was left of the rotten flesh. What he had no uncertainty about was that all had died in agony. Iron bolts had been hammered through their wrists and crossed ankles in a grim mockery of the Crucifixion..."
Posted by David A. Riley at 21:45 No comments: Links to this post

Details have been released of the James Herbert Horror Writing Prize, which was created by his old publisher Pan Macmillan in honour of the bestselling author who died last year aged 69.

The prize of £2,000 plus will include a specially designed commemorative statue, making it surely the most prestigious prize in horror fiction.

To be eligible, novels must be in English and have been first published in the UK and Ireland during 2014.

There is an online submission form for publishers to use, linked here: online form

The shortlist of the five finalists will be revealed in January next year. The winner will be announced in March.

Posted by David A. Riley at 14:22 No comments: Links to this post 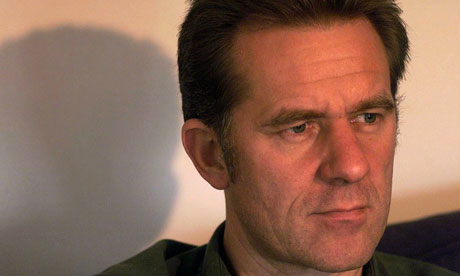 Posted by David A. Riley at 09:42 No comments: Links to this post

I have just created a new page on this blog giving details and links to audio versions of my stories that have so far been published.

These are Fish Eye and His Pale Blue Eyes.

Check them out here: Audio Stories.
Posted by David A. Riley at 14:29 No comments: Links to this post