The Storyteller of Koss published in Summer of Sci-Fi & Fantasy 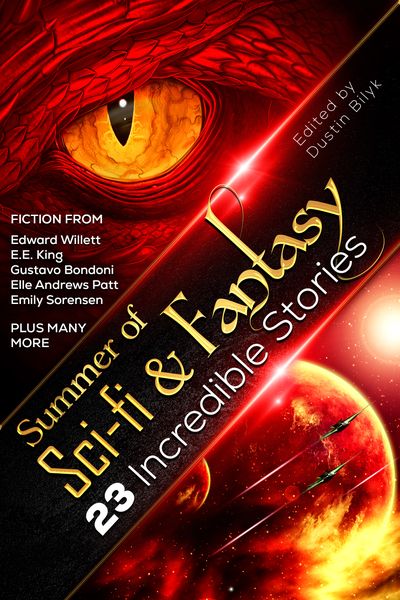 My swords and sorcery fantasy story The Storyteller of Koss has just been published in Summer of Sci-Fi & Fantasy edited by Dustin Bilyk in the States, though it is also available from amazon uk.

My story follows on from events told in my previously published tale Baal the Necromancer (Mythic #17, 2021). I am in the process of finishing another, quite long story called The Dark Priestdom in which the storyteller is again one of the two main characters. The other protagonist, a mercenary called Welgar, also appeared in a recent story Ossani the Healer & the Beautiful Homunculus, which has yet to be published.

Just to add to the complications (and perhaps to the confusion!) Ossani the Healer appears towards the end of The Storyteller of Koss.

Email ThisBlogThis!Share to TwitterShare to FacebookShare to Pinterest
Labels: Baal the Necromancer, Dustin Bilyk, Ossani the Healer and the Beautiful Homunculus, Summer of Sci-Fi & Fantasy, The Storyteller of Koss