My review of Elak: King of Atlantis in Phantasmagoria magazine 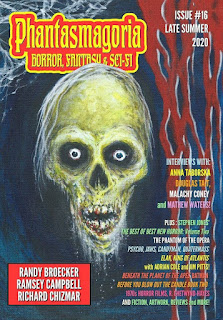 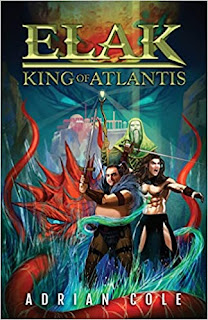 Elak was originally created by the late Henry Kuttner as a replacement for the massively popular Conan in the pages of Weird Tales after the Cimmerian’s creator took his own life in 1936. Though Kuttner only wrote a handful of the original stories, many years down the line Adrian Cole has continued Elak’s adventures and produced an impressive saga in the five long stories included in this collection. Together with his Falstaffian comrade at arms, the redoubtable Lycon, and the ancient druid, Dalan, Elak’s adventures often involve fighting to secure the safety of his newly won kingdom of Atlantis. Very much a hands-on ruler, Elak glories in personally grasping danger by the throat, much to the displeasure of his royal council, who would prefer him to let others risk their necks on his behalf. But that isn’t Elak’s way, always leading from the front when he can, knowing that his best friend, Lycon, will almost always be there to support him, whatever supernatural or sorcerous threats they have to face. And these threats are there by the score, from powerful sorcerers, incredibly monstrous demons and gods, and ancient pre-human reptilian races who seek to destroy humanity, though sometimes threats come from closer at home, from traitors and would-be usurpers. Atlantis is a dangerous place, to say the least!

Though each of the stories in this volume is stand-alone, there is a common thread running through these colourful tales, culminating in Sky Warriors of Atlantis, a magnificent 90-page epic, full of savage battles, world-shattering evil forces and empire-spanning intrigues, a memorable climax to a memorable collection.

Though I don’t recall ever reading any of the original tales by Henry Kuttner, Adrian Cole’s soon grew on me, as did some of the subtle humour the author manages to insert between the daring-do.

I must also add that the stories are wonderfully complemented by a series of highly detailed black and white illustrations by award-winning artist Jim Pitts. My only regret was that the publisher chose to block them in beneath seven or eight lines of text rather than give each illustration a full page to itself.

Regardless, this is one of the best sword and sorcery collections I have come across for many a long year. And I look forward to Adrian Cole giving us more tales of Elak, King of Atlantis at some time in the not too distant future. Long may he reign!

Elak: King of Atlantis is available from Amazon.

Review by David A. Riley in Phantasmagoria magazine
I am especially pleased now that a brand new Elak story was sent to me by Adrian Cole and is now included in the latest volume of Swords & Sorceries: Tales of Heroic Fantasy Volume 3.