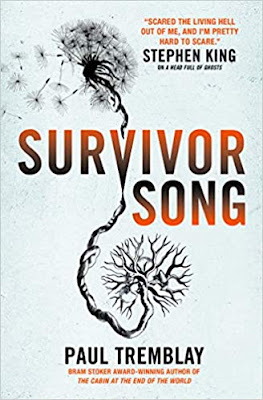 My third book review in the latest issue of Phantasmagoria magazine is of Survivor Song by Paul Tremblay.

Most of the action in Survivor Song unfolds within one day – but what an incredibly stressful, terrifying day this is, with the main characters undergoing violent attacks while trying to avoid contracting a deadly, mind-destroying sickness.

The world in Survivor Song, just like our own, is suffering from a pandemic, though in this story it is a rabies-based virus that has mutated so that it takes less than a day for its victims to become homicidal, hydrophobic maniacs, a variation on the zombie trope familiar to all of us, except the victims of this virus don’t lumber on as brain-dead monsters but die soon after the disease has warped their minds.

Natalie is the first of the two main characters we meet. Heavily pregnant, she is at home with her husband Paul when a stranger forces his way into their home and attacks them. Although they already know about the virus this is the first time either of them has come into contact with anyone affected by it and are unprepared for the mindlessly vicious violence the man uses against them. Paul tries to fight him off but is no match for either the size or the determination of the man, who has passed beyond reason. Shockingly vivid, this fight is perhaps the most horrific scene in the book, especially coming so soon in the story. Despite her condition, Natalie attacks the intruder with a kitchen knife in an attempt to save her husband but is herself bitten. Knowing this could have life-threatening consequences, she telephones her best friend Ramola, who is a doctor at a local hospital. She desperately needs her help to save her and her unborn baby, and most of the rest of the story is about the struggle the two women go through as the infrastructure of society collapses all around them.

Though determined to help her friend as much as she can Ramola is often torn between her responsibilities as a doctor and the necessities the pandemic and the needs of her friend force upon her. Unflinchingly graphic Survivor Song is a remorseless tale of suffering, courage, and the fragility of life, with no one immune to what is happening. Illustrative of this are two likeable teenagers, Josh and Luis, who naively see everything that is going on as if it is nothing more than an apocalyptic film in which they are the heroes, not realising reality has no interest in their fantasies. Their disillusionment is tragic and sad. And in the end, desperately reluctant to give up their illusions, they impose their own climax to it.

Written and published in hardcover before the corona pandemic started, parts of this book are surprisingly prophetic. But this is as not as important as the incredibly detailed human drama that unfolds within its pages, with its unremitting tension and edge of the seat scares. It is not an easy read, and Tremblay does not spare us as the tale progresses on its inexorable path towards what we know is not going to be, in his own words, a fairy tale ending. Modern horror at its best. 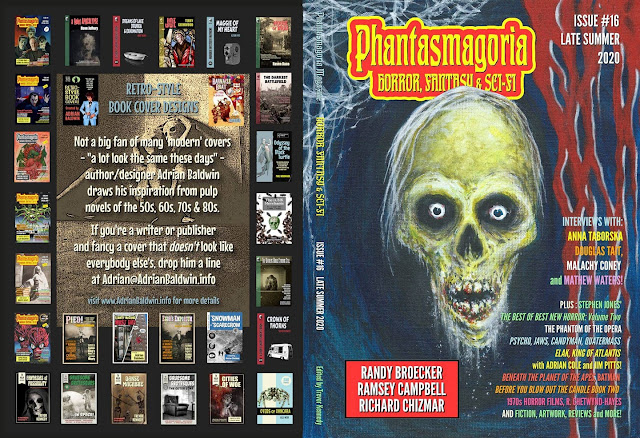