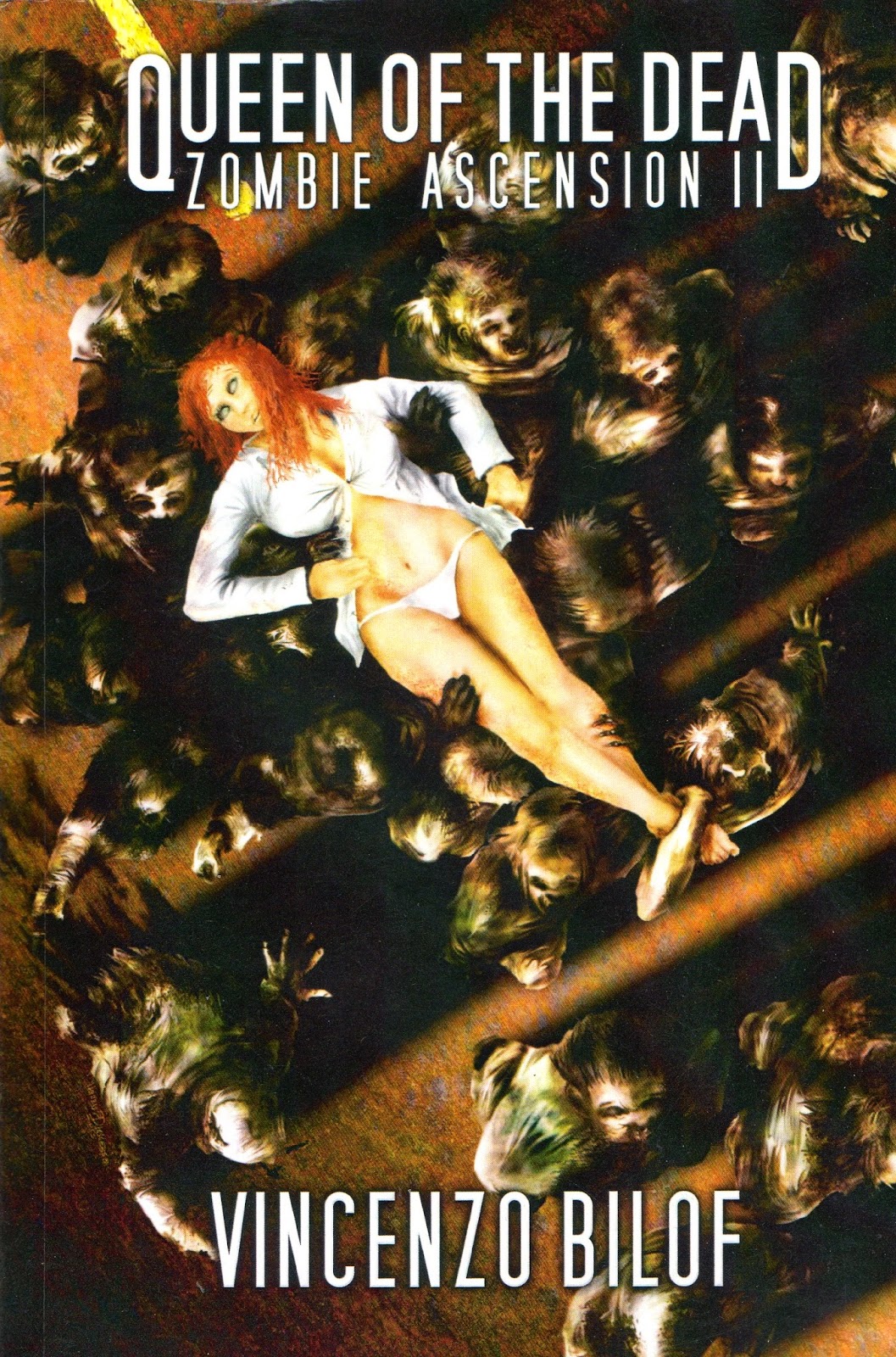 This is my review of Queen of the Dead which is now live on hellnotes.

Queen of the Dead: Zombie Ascension II
Vincenzo Bilof
Severed Press 2013
ISBN 978-1925047202
Paperback 284 pages $12.75
Reviewed by David A. Riley
To be honest I didn’t find this an easy book to get into with regard the characters. I don’t mind having anti-heroes as the main protagonists, but there are anti-heroes and anti-heroes, and for the most part I didn’t really care for many of the people in this novel, most of whom seem to be sociopaths to one degree or another, with little or no concern about the welfare of anyone other than themselves – or, if they have, for very few, usually one. There are a few exceptions, but they are a minority. Perhaps that would be a requirement to survive in such a world, though. It probably is.
That said, the graphic horror of the situation in which they are trapped, a global apocalypse of zombies ripping apart the fabric of society and the bodies of their victims, is vividly described – sometimes, it should be added, with maybe a tad too much concern for literary turns of phrase, which only serve to remind you that you are reading a book. Even so, the descriptions are vivid, the characters quickly and memorably drawn, and the speed with which events unfold truly breathtaking.
This is the second volume in a trilogy. Not having read the first, I was at a disadvantage to start with, though I was soon able to catch up with what was going on. That says a lot for the writer. Not only did I quickly catch up with things, but in a way that avoided long pieces of exposition. At no point did the pace slacken.
Despite almost a glut of books, movies and TV series over recent years zombies are still popular. If everyone could strike the originality of Vincenzo Bilof in his depiction of what would happen in such a catastrophe, there is no doubt in my mind that there is still a lot of life in the trope yet. It may not be a pleasant ride, but Bilof has certainly provided us with one hell of an exciting one in this book.
Posted by David A. Riley at 08:11