My review appeared in Phantasmagoria magazine # 19 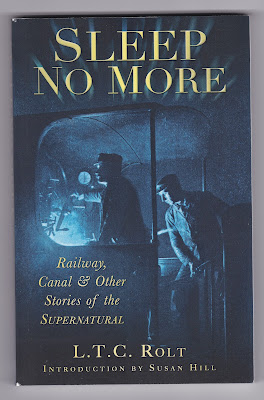 SLEEP NO MORE – Railway, Canal & Other Stories of the Supernatural by L. T. C. Rolt

Perhaps better known for his association and eventual break up with Robert Aickman in the Inland Waterways Association, which did so much to save and restore our canal system, Rolt may also have had an influence on Aickman with this splendid collection of ghost stories – though, like M. R. James, the term ghost is used loosely, as the forces at work within these tales are often far more demonic.

Susan Hill, in her Introduction, makes special mention of one particular story, Cwm Garon. And this, I must concur, is my favourite tale, with its echoes of Machen and even Algernon Blackwood – there is one paragraph in particular that puts me in mind of Blackwood’s masterpiece The Willows. It also has one of the most chilling of closing paragraphs I have ever come across, hinting at worse to come after the story has “ended”. But in truth, none of these stories are poor, and a few are quite outstanding.

Hawley Bank Foundry, for instance, is a great example of Rolt’s expert knowledge of industrial places being put to good use, with this generational tale of something inexplicable within the ruins of an old Victorian foundry which, because of the needs of the Second World War, is restored to working order again – with dire consequences! I can not only see and feel this place, I can smell it too.

Rolt was a practical man, an engineer, who wrote about iconic figures such as Isambard Kingdom Brunel, Robert Stephenson, and Thomas Telford, and that shows in many of his stories, effortlessly adding details which make their settings incredibly well realised, especially mines, tunnels, ironworks, etc., and at the same time lending a semblance of added credibility to the supernatural elements he introduces to them.

Many of his stories are also set in isolated places, especially the Welsh mountains, the west coast of Ireland or the wilds of Scotland, places with which he was obviously familiar as a hiker, and into which the intrusion of the strange, the unknown, of malevolently hostile supernatural forces make what is already sometimes a difficult place to survive even worse.

There are just fourteen tales in this collection. After I had finished reading them I wished for more. In my opinion Rolt is certainly up there with the best names in the genre and I hope one day his stories will be better known. I can’t believe it has taken me all these years to read them! I’ll certainly reread them again someday. 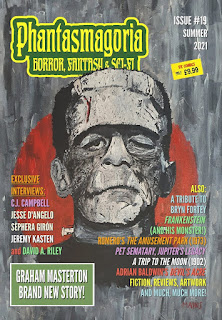