My review of C. C. Adams' There Goes Pretty is in the latest issue of Phantasmagoria Magazine

The latest issue of Phantasmagoria Magazine includes my review of There Goes Pretty by horror writer C. C. Adams. 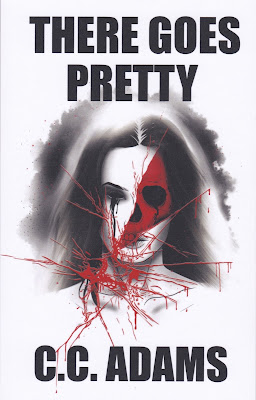 Not all ghost stories lead to misery, horror, and violent death – but there is never any doubt that these are exactly where There Goes Pretty is taking us.

Set in present day London, with numerous name checks on eating places and other fashionable venues, it is not a world within which one would normally expect the supernatural to emerge, yet this is exactly what happens here, written with deceptive subtlety as newly married couple, Denny and Olivia find their new found joy subverted by something neither of them can understand.

It begins with Olivia, who might just be suffering from hallucinations to start with, till she is subjected to a physical assault and realises she is either self-harming without knowing about it or being subjected to attacks by something preternatural that has evil intentions towards her.

A practical woman, though, Olivia is mystified why the manifestation can only be seen and felt by her, while her husband goes on with his life with no other worries than the state of his wife’s mental health, which he is totally ill-equipped to understand. An inevitable rift grows between them, which the manifestation is only too eager to exploit, sending Olivia deeper into a mental breakdown.

Only after this has reached its horrific conclusion does Denny begin to realise the grim reality of what is going on – but the results from his reactions, though dramatically different than his wife’s, are just as horrific.

Some tales have no happy outcomes. Some tales you know don’t have this as an option. And so it is with There Goes Pretty, in which the horror accumulates to a bleak and deadly conclusion and a closing line that says it all.

Well written, fast moving, and as bleak as hell, There Goes Pretty is grim, unsettling and incredibly gripping. 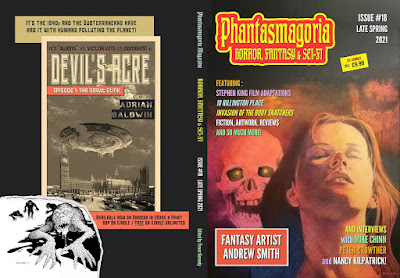