My review of The Watcher in the Tower by James G. Watson in Phantasmagoria magazine, M. R. James Special 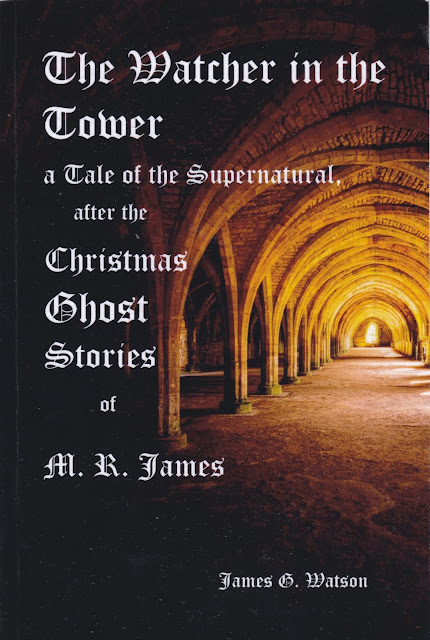 The latest Phantasmagoria Special, devoted to M. R. James, contains my review of The Watcher in the Tower, a "Jamesian" tale.

THE WATCHER IN THE TOWER by James G. Watson

We could all do with more Jamesian tales of the supernatural, and in this regard James G. Watson has served us well with The Watcher in the Tower, though I cannot help suspect that the Provost himself would have told the story in fewer words. Though Jamesian in spirit, it has a verbosity of which James himself was never guilty. Still, it is an enjoyable yarn.

My other complaint would be the typography, which is inexcusably awful. This is not something I usually make a fuss about, but here it is particularly bad, especially as the typographer actually gets thanked in the credits! The worst are the margins, which are totally ill balanced, with far too much space on the right hand side, but so little on the left that to read the opening lines on the odd-numbered pages you almost have to break the spine to force the pages open wide enough. It makes the book look ugly and, worse still, makes reading it a chore. I’ll not nit-pick all the typographical horrors that afflict this book, but they do abound. Which is a crying shame. As is the fact that if a larger font had been used the page count might have been enough for the printer to include a title on the spine instead of leaving it blank.

Back to the story, which is a fascinating tale told in retrospect by the garrulous Dr. Kirkman who many years before was enlisted to help Dr. Julius Mann in his researches into St. Bavo’s Priory in the Austrian Duchy of Carinthia. The most notable thing about this building was its great tower on top of which stood eight gargoyles “of monstrous size”, and even more frighteningly hideous than usual, with dire warnings against those who break the Commandments.

It is a gripping story of an ecclesiastical curse that, in typical Jamesian manner, continued to exact its peculiar impact through the centuries. The climax is genuinely terrible and makes all the 73 pages to get there worthwhile.

I would heartily recommend The Watcher in the Tower to anyone who loves Jamesian stories, though I do wish the publishers would revise the book’s layout. I would even be tempted to buy another if they did! But, please, don’t let this put you off. Despite all the typographical horrors it is an excellent book. 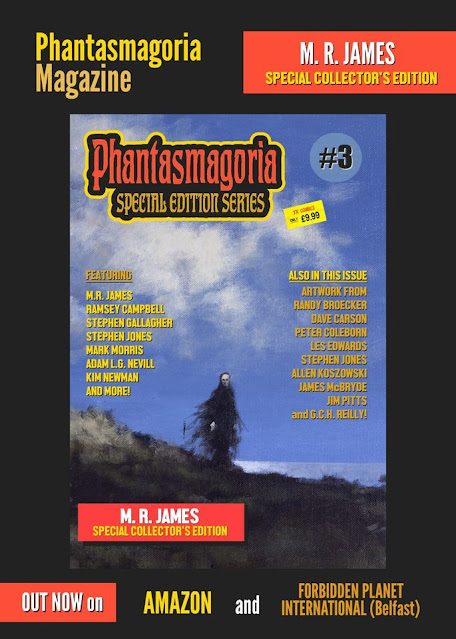