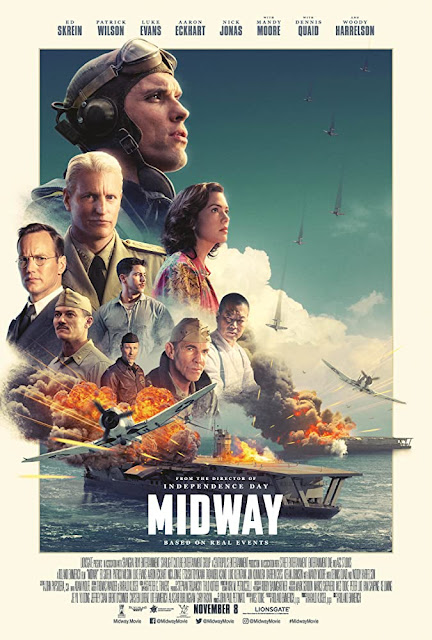 Watched Midway last night on amazon prime and was very impressed. Well acted and scripted, full of action and drama about a battle that saw the turning of the tide in the war in the Pacific. The special effects used for the action scenes and the recreation of the planes, aircraft carriers, etc in this epic battle were excellent.
It was a battle I had heard about but about which I knew very little. I didn't realise just how easily things could have gone quite differently so that Japan would have been left in a position to cripple the United States for years to come. Nor did I realise how much depended on accurate intelligence to determine just where the Japanese would strike.
It was interesting to see some of the storylines of some of the key people in the drama at the end, though what striuck me most was how many Chinese were killed by the Japanese because they were suspected of having helped the 80 American airmen who bombed Tokyo to escape back to the States. This was an incredible 250,000!
Defintely recommended for anyone who likes war films, history and action movies in general.
Posted by David A. Riley at 11:50