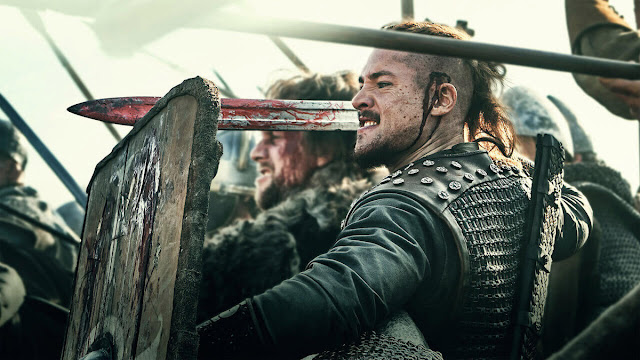 Watching a lot of TV these days, but there is so much outstandingly good stuff on it at the moment - thankfully!
Anyway, last night saw us watching the final episode of the current season of The Last Kingdom, based on the brilliant novels of Bernard Cornwell. We started by rewatching all the previous seasons to remind ourselves of just what had already happened. I must admit the story just gets better and better, as you would expect from such a fantastic writer as Cornwell. If you haven't watched any of tjhese yet, give it a go. It began life on the BBC (perhaps one of the BBC's last decent dramas) but they abandoned it after the second season, God knows why. But luckily it was taken up by Netflix, who have done a first rate job with it, and actually made it even better than before.
Posted by David A. Riley at 15:04