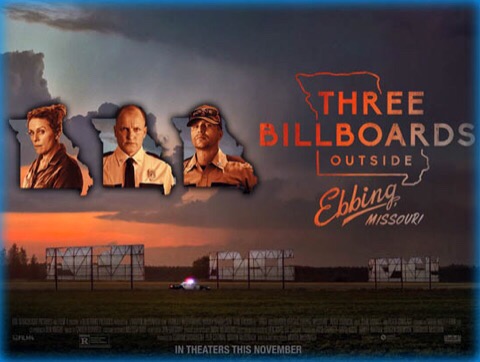 One of the best films I have watched recently must be Three Billboards Outside Ebbing, Missouri, courtesy of having a DVD of it loaned to me by Jim Pitts.
This really is an excellent film, a bizarre slice of life of three people following the rape and murder of Frances McDormand's daughter. Woody Harrelson plays the well-meaning local sheriff who is charged with investigating the crime, though he struggles against a lack of evidence that can be used to track down the killer - and who is also suffering from terminal cancer. The other main character is played by Sam Rockwell, one of Harrelson's deputies, whose character develops during the course of the film in a surprising direction.
This is a fascinating movie, unlike any other I can think of - which is like a breath of fresh air.
Heartily recommended.
And Frances McDormand certainly deserved her Oscar for her role in this - as should the others, especially Sam Rockwell.
Posted by David A. Riley at 22:45