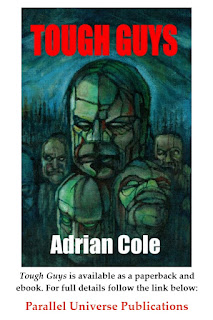 Parallel Universe Publications has embarked on an advertising campaign to raise its profile. The first of these was in the horrorzine for Adrian Cole's Tough Guys.

We have now arranged for an ad to go in the inaugural issue of the revived magazine Fear, edited by John Gilbert. This will be followed by a half-page ad in Black Static (issue #54).

As well as a book launch at FantasyCon we are also placing a full-page, full-colour ad in the convention programme. 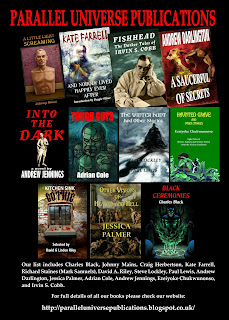