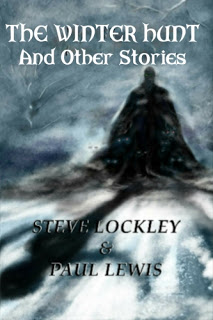 Steve Lockley and Paul Lewis, a two-man, Swansea-based writing-team (though they have written individually as well, and excellently too) are contemporary authors in the best sense of the phrase. They are also hugely respectful of and clearly motivated by some of the great work done in the past. So often their stories, at first glance, may be ‘kitchen sink’ in tone. By that, I mean they could be set on a drear council estate, or in a bus station café, or a second-hand shoe shop, or a seaside boarding house on a dull day in the off-season. But never be fooled by any of that, because these calm waters run very, very deep indeed. The Lockley/Lewis style is deceptively simple – an easy and comfortable read, comprising beautiful, well-constructed prose that will carry you straight to the heart of the plot. Already, that’s a sign of quality where I’m concerned. But in addition, in terms of the subtext, these tales are never less than awe-inspiring, and I choose my words carefully. There are massive concepts at the heart of so much Lockley and Lewis. One minute you think you’re reading about a weary shop-girl who spends all day worrying about her wayward brother and his car-thief mates, the next you’re confronted by demonic forces and a winter storm so hellish they surely come from a place beyond time. A few minutes later, you think you’re travelling with two single middle-aged women on a short holiday to the coast, but the next thing you’re asking ‘coast of what?’ What kind of edge have they ventured to here, and for God’s sake, why? Nothing is what it appears in the book you are about to read, but there is nothing complex here either. Think of these tales as contemporary, urban parables, often unapologetically horrific, and yet rich in heart and soul. They deal with issues that go far deeper than the events on the page, and yet the best thing is – you don’t have to go digging for that. It’ll all be brought to you in due course.