Fishhead and Other Weird Tales by Irvin S. Cobb 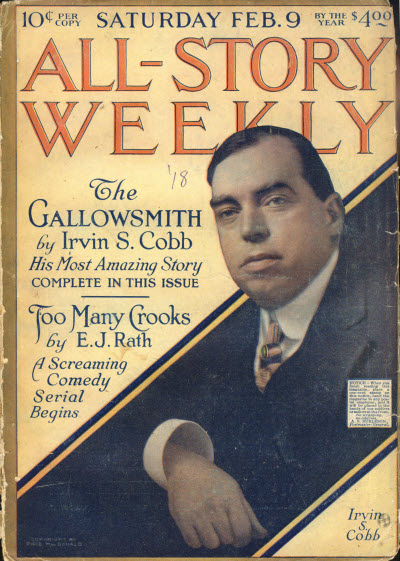 Besides working on getting Kate Farrell's collection of short stories into print - And Nobody Lived Happily Ever After - Parallel Universe Publications is also working on collecting together all of Irvin S. Cobb's darker stories for the first time in one volume. Better known as a writer of humorous tales, this will show another side to him.
Two of his stories are known to have inspired H. P. Lovecraft himself. Cobb's tale Fishhead (which PUP reprinted earlier this year in Things That Go Bump in the Night) gave rise to The Shadow Over Innsmouth. The Unbroken Chain helped to give Lovecraft the idea behind The Rats in the Walls.
The collection will be titled Fishhead and Other Weird Tales and will, hopefully, be published before the end of the year.