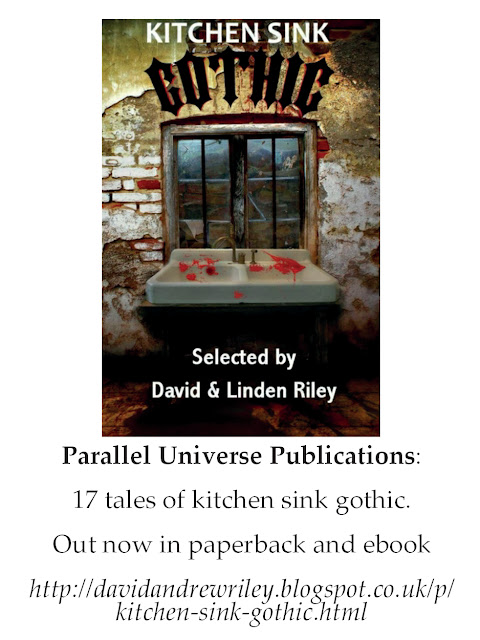 Coined in the 1950s, Kitchen Sink described British films, plays and novels frequently set in the North of England, which showed working class life in a gritty, no-nonsense, “warts and all” style, sometimes referred to as social realism. It became popular after the playwright John Osborne wrote Look Back In Anger, simultaneously helping to create the Angry Young Men movement. Films included Saturday Night and Sunday Morning, The Entertainer, A Taste of Honey, The L-Shaped Room and The Loneliness of the Long Distance Runner. TV dramas included Coronation Street and East Enders. In recent years TV dramas that could rightly be described as kitchen sink gothic include Being Human, with its cast of working class vampires, werewolves and ghosts, and the zombie drama In the Flesh, with its northern working class, down to earth setting. In this anthology you will find stories that cover a wide range of Kitchen Sink Gothic, from the darkly humorous to the weirdly strange and occasionally horrific.