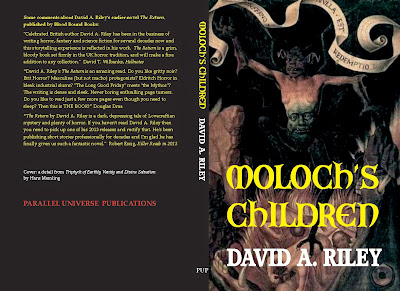 The book will be published as a trade paperback and an ebook, available on kindle.

Further details soon.
Posted by David A. Riley at 15:58