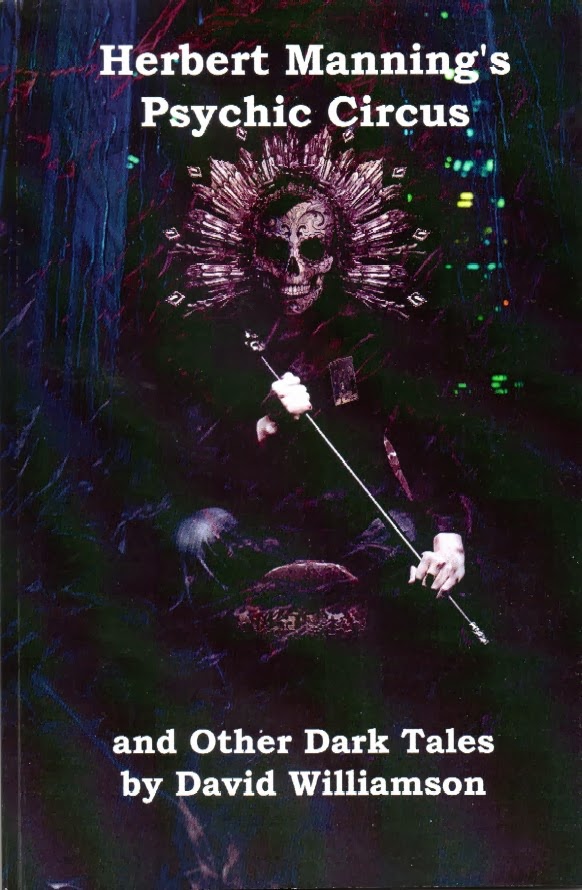 David Williamson’s first story appeared in the Twenty-eighth Pan Book of Horror. The 30th volume saw an impressive three more tales - which I think must have made it inevitable that many years later he would become a regular contributor to that modern incarnation of the legendary series, with stories in the 5th, 6th, 7th, 8th and 9th volumes of the Black Books of Horror (Mortbury Press). He has also been published by Hersham Horror (Alt-Zombie).

Perhaps more than any other writer I can think of David Williamson’s wickedly nasty tales fit in perfectly with the style of the later Pans. Although there may be little of the supernatural in most of them, they are full of all too human evil, with some of the most truly horrible sets of characters you could ever hope to find.

Like a very British Robert Bloch, Williamson is a master of the twist in the tail. A Night to Remember features one of Williamson’s regular types of characters: vengeful, even sadistic offspring. It is easy in this story to understand why the narrator hates his parents so much – or can we? Just how reliable a narrator is he? In any event, what happens to his parents is Grand Guignol at its bloodiest. The title character of The Chameleon Man is able to mimic every hideous disease known to man. Yet has he gone one step too far when he is goaded into trying to mimic death itself? In The Switch we have a story that reminds me so much of EC Comics I could visualize it in graphic form. It has also one of Williamson’s best twists. Matrimonial hatred, murder, revenge – favourite themes of the later Pan Horrors – are the major elements of Rest in Pieces in which a husband thinks he has found the perfect way to dispose of his hated wife, while Boys Will Be Boys has yet another bloody offspring whose actions are definitely not for anyone with a weak stomach! Blind Date, reprinted from Alt-Zombie, is one of the few supernatural stories in this collection, a zombie tale with a neat twist. The final story, the titular Herbert Manning’s Psychic Circus, has a circus owner facing ruin in today’s PC-ridden, health and safety obsessed world who is made an offer he can’t possibly afford to refuse by a mysterious stranger, though he fails to realize the full implications till far too late.

These are strong short stories, graphically told, with minimal subtlety. If you like your horror full in your face, these are definitely for you.
Posted by David A. Riley at 17:07