Whispers From The Abyss 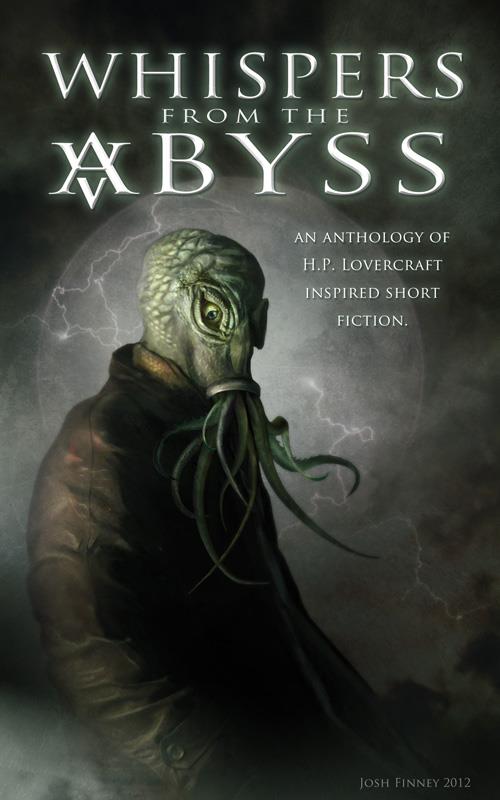 Starting to read this Lovecraftian anthology on my kindle tonight. Looks like a great lineup of writers:

TABLE OF CONTENTS
Introduction by Alasdair Stuart.
“Iden-Inshi” by Greg Stolze
“Pushing Back” by J.C. Hemphill
“Nation of Disease: The Rise & Fall of a Canadian Legend” by Jonathan Sharp
“When We Change” by Mason Ian Bundschuh
“Nutmeat” by Martin Hill Ortiz
“The Last Tweet” by Charles Black
“Secrets In Storage” by Tim Pratt & Greg Van Eekhout
“The Well” by Tim Jeffreys
“The Neon Morgue” by Nathan Wunner
“The Deep” by Corissa Baker
“Fear And Loathing In Innsmouth: Richard Nixon’s Revenge” by Jason Andrew
“My Friend Fishfinger By Daisy, Age 7″ by David Tallerman
“Chasing Sunset” by A.C. Wise
“The Thing With Onyx Eyes” by Stephen Brown
“I Do The Work Of The Bone Queen” by John R. Fultz
“Suck It Up, Get It Done” by Brandon Barrows
“The Substance In The Sound” by W.B. Stickel
“Stone City, Old As Immeasurable Time” by Kelda Crich
“Hideous Interview With Brief Man” by Nick Mamatas
“The Sea, Like Glass Unbroken” by Silvia Moreno-Garcia
“The Decorative Water Feature Of Nameless Dread” by James Brogden
“Henry” by Lance Axt
“My Stalk” by Aaron J. French
“Give Me That Old Time Religion” by Lee Finney
“Afraid Of Dobermans” by Chad Fifer
“Leviathan” by Nicholas Almand
“Horrorscope” by Charles Black
“The Jar Of Aten-Hor” by Kat Rocha
“The Floor” by Jeff Provine
“Waiting” by Dennis Detwiller
“Other People’s Houses” by Sarena Ulibarri
“You Will Never Be The Same” by Erica Satifka
“Death Wore Greasepaint” by Josh Finney

Email ThisBlogThis!Share to TwitterShare to FacebookShare to Pinterest
Labels: Lovecraft